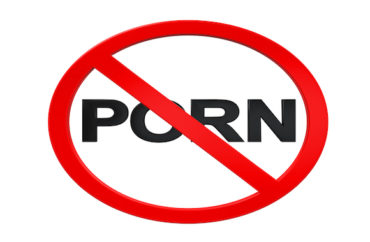 ‘I knew we could do this’

The Catholic University of America, one of the country’s most prominent Catholic institutions of higher learning, recently moved to ban pornography from the school’s Internet wireless network. They did so because a determined group of students petitioned the school for the ban.

The school’s student government kickstarted the university into action earlier this spring by passing a resolution calling on the school to “prohibit access to the top 200 pornography websites through the campus network.”

Enzler started researching systems to block pornography and contacting different Catholic universities to find out the programs they used, if any. “I knew we could do this,” he told The College Fix in a phone interview.

Enzler met first with the executive director of housing services, who told him that a ban had been attempted before without success.

Later, Enzler ran into the university’s president, John Garvey, at a lunch event. He spoke to Garvey about his idea and Garvey expressed his support for the initiative. Enzler then spoke to the president’s chief of staff, Lawrence Morris, who also supported the idea and instructed him to approach other students about getting it implenented.

President of university is ‘happy to [block pornography]’

Enzler said the meeting was two or three hours long and the vote came down to a tie. The vice president of the student government broke the tie voting in favor of the resolution.

Enzler said the larger response to the resolution has also been positive and that the issue has impelled a good discussion on campus. He stressed the need to spread awareness about pornography’s potential harmful side-effects.

Lozoya said the ban should go into effect soon. “We are working on implementing those blocks, and should have the top sites blocked within weeks,” she said.

Lozoya said that the school may pursue further options after the ban is put into place. “After we implement the students’ initial proposal, we can revisit the plan and reevaluate what additional steps we might want to take at a future date,” she said.

McNair-Lewis told The Fix that the activists’ efforts will not stop with the ban itself. “We will continue to advocate against pornography websites,” he said.

Asked what advice Enzler would give to other college students trying to ban pornography on their campus, he said: “Go as high up the ladder as you can, don’t get discouraged, and gather support.”

“Take the little victories,” he added.