Whether one is on the right, or the left — or somewhere in between — there’s one topic that often connects scholars from across the political spectrum: free speech.

Enter the Academic Freedom Alliance, a new organization comprised of current and emeritus faculty of American colleges and universities and dedicated to defending scholars’ freedom of thought and expression.

The nonprofit, which launched earlier this month, derived from discussions among Princeton University faculty members regarding how to combat the growth of viewpoint intolerance on college campuses.

The organization and its members seek to provide two key services in supporting faculty’s academic freedom.

First, the group’s 216 members vow to serve as advocates for academic freedom in their capacity as writers, researchers and everyday citizens.

Second, the organization commits to providing legal support to faculty whose academic freedom is threatened by institutions’ or officials’ violations of constitutional, statutory, contractual, or school-based rights. 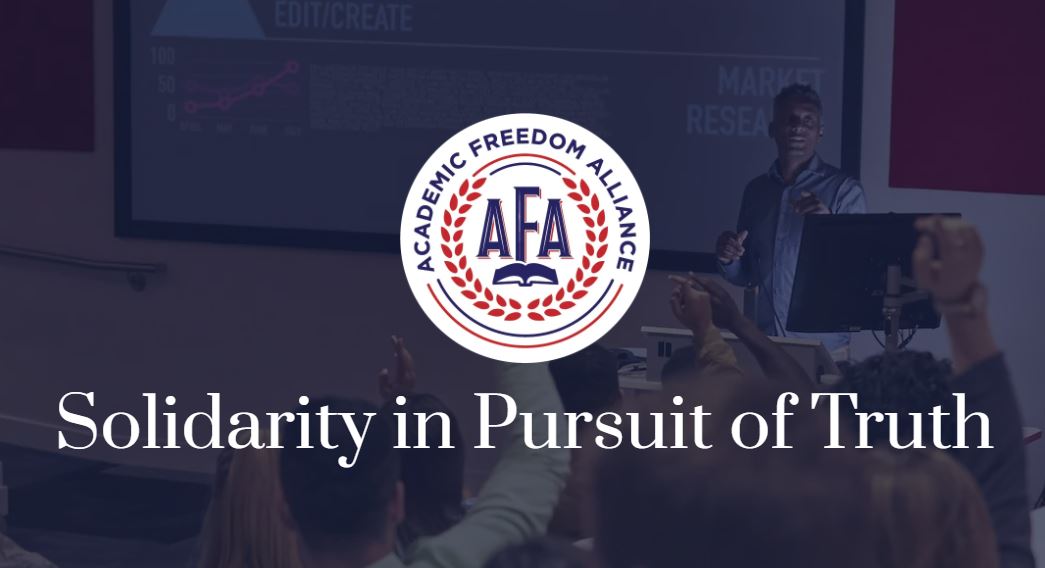 The organization’s members span the political spectrum, including Harvard University’s Cornel West, a Bernie Sanders supporter, and Princeton University’s Robert P. George, who was deemed the “most influential conservative thinker” by the New York Times.

Such a robust cross-ideological membership is sure to lend the AFA more credibility for their future quarrels in defense of academic freedom.

The AFA is launched after a year that saw political intolerance on college campuses.

Last July, a professor of classics at Princeton University, Joshua Katz, openly criticized a letter of demands written by his colleagues that called for race-based financial rewards and the creation of a committee that would investigate traces of racism and discipline those responsible.

As a result of his public criticism, he was condemned publicly by his department. The president of Princeton, Christopher Eisgruber, said that Professor Katz had violated his obligation to use free speech responsibly.

In late August, the University of Southern California’s Greg Patton, a business communication professor, used a Chinese word that sounded like an English slur. Anonymous students threatened to boycott his class, and eventually, the university suspended him.

Keith Whittington, a professor of politics at Princeton University and the chairman of the AFA’s academic committee, was recently asked if the AFA’s creation is a response to cancel culture.

“To the extent that there are organized efforts to suppress and sanction professors who espouse controversial or unorthodox views, the alliance seeks to counter those pressures. Such pressures preceded what now gets characterized as cancel culture, but they have some overlap,” Whittington said.

When asked what the effect of a steadily increasing domination of faculties by left and far-left faculty members has had on academic freedom, Whittington acknowledges the shrinking population of conservative faculty.

“Conservative professors have long been a minority of university faculty, but there is evidence that their share of the faculty has been shrinking. It is easy for unfamiliarity to breed intolerance, and universities would be better off – and academics would be better able to perform their core function of pursuing the truth through their scholarship and teaching – if there was more intellectual diversity on American college campuses,” he states.

Whittington said he believes that despite an obvious decrease in political tolerance on college campuses, the AFA and like-minded organizations’ work will help improve the state of freedom of thought and expression.

“There are plenty of reasons for pessimism about the state of freedom of thought on American college campuses, but you can’t start an organization like this without a sense of optimism about the gains that can be made. If American universities are to remain the envy of the world, we will need to preserve a healthy intellectual climate that values freedom of thought and tolerates diversity and dissent. There is a great deal at stake,” Whittington argues.

The Wall Street Journal editorial board endorses the work of the AFA, arguing, “The AFA could put institutional heft and scholarly prestige behind the old-fashioned view that a society is served by free inquiry, not political control of scholarship. The effort may seem hopeless in the short term, but critics outside the academy should support those working to reform from within.”

Right now, membership in the AFA is limited to invite-only. However, the organization anticipates opening up membership by application soon.