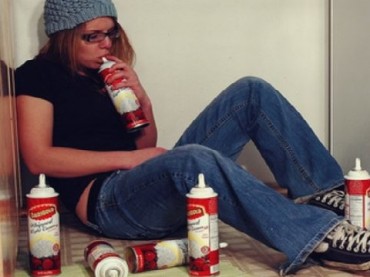 The short answer, according to leading conservative scholars who sat down together to digest the issue last Thursday in Santa Ana, is godlessness has made this country devoid of meaning.

“What they are taught in American high schools and colleges that are secular is – you are a bag of sand,” Dennis Prager, talk show host and founder of Prager University, said as a panelist at the discussion.

“If that is the case, I want thrills,” Prager added, referring to the tenets of today’s American culture. “If I am nothing, if this life is nothing, if nothing transcends me – no God, no rule of law, no religion, nothing: this is it! Then man – eat, drink, and be merry, for tomorrow you may be sand again.” “If you define a human being as essentially an animal with material appetites … then it’s a very short step to saying, ‘Well, the most important thing is the satisfaction of those appetites,’ and the pursuit of pleasure becomes … the highest good in the culture,” he said to the hundreds in the audience gathered for the discussion at Calvary Church of Santa Ana.

The comments were part of the aptly titled discussion: “Faith, Science, & Culture: Does God Still Matter?”

Cultural commentator John Stonestreet of The Chuck Colson Center added that with this prominent atheistic framework influencing so much of American culture today – think sex, drugs and rock ‘n roll – a vapid void has formed in the hearts and minds of many.

“We know the phrase ‘ideas have consequences,’ and what we mean by that is ideas have victims,” said Stonestreet, another of the panelists. “People are victimized by really bad ideas.”

And the bad ideas that have created the current “culture of meaninglessness” have shifted priorities for many Americans in the wrong direction, he said.

“Descartes said, ‘I think, therefore I am.’ In our culture, it’s ‘I shop, therefore I am,’ ‘I consume, therefore I am,’” Stonestreet said. “Our culture has convinced us that we are nothing but consumers, [but] what we are made to do is produce. And this might be the most dramatic generational difference between the Greatest Generation (and today).”

The event was moderated by talk show host Hugh Hewitt, who asked how young people raised in America today – with all the benefits that entails – can still grow up and decide to shoot and kill their peers on campus, or move to the Middle East and become Islamic jihadists.

Modern American culture has created a society in which young people are searching for meaning, get swept up by empty promises, and are easily suckered by manipulation, the panelists answered.

“I work with a lot of high school and college students, and a lot of times we want to critique the younger generation for being apathetic,” Stonestreet said. “I don’t think they are apathetic at all, I think they are absolutely passionate about things that often just don’t matter.”

Most students are looking for meaning in a Godless world – and when they find something to glom on to, they embrace it.

“At the college level, students are very active in their political affinities and sympathies, and they will often react to the latest thing they got … on their news from Facebook,” Meyer said.

“That’s why it’s so easy to radicalize this particular group of people,” Stonestreet noted. “We have a culture that’s offering them nothing except playing video games 13 hours a day.”

Meyer suggested that, without God, “nothing in this life has the kind of ultimate meaning that our souls desire, and I think it does breed boredom, hopelessness.”

The blame for this lies squarely with the Left, which has demonized everything right and good in America, Prager said.

The answer is the latter, because Christianity has been demonized, he said.

“The Left has done a very effective job,” Prager said. “Almost every institution that gives meaning out to Americans has been demonized. The Boy Scouts are demonized. Is there a left-wing alternative to the Boy Scouts? Of course not. The Left destroys. It builds nothing, just government. That’s the only thing it builds.”

Many of the leaders of this demonization are university professors and administrators, he added.

“Our universities are run by fools, nihilist fools. Most are morons with knowledge,” Prager said, prompting a rowdy round of applause.

The “western university with its reductionism into race gender and class” has helped destroy the American culture and everything it once stood for, he said. The Democratic Party has aided and abetted that decline, too.

“If you want to fundamentally transform something, then you don’t like the way it is,” Prager said, referring to notorious comments made by President Barack Obama.

“America came from Christians from Europe, and America created this society, that is the most just in the history of the world, with the most opportunity,” Prager said. “We don’t know what a treasure America has been. This is an aberration, this country, and it’s being destroyed … (because) half this country doesn’t like this country’s values, and the universities hate these values.”

Making matters worse, the atheistic academics in the fields of science cling to their beliefs religiously, and refuse to acknowledge the gaping holes in their theories.

“One of the strongest arguments for intelligent design is the discovery that inside living cells there is digital code that is running the show … like a computer program,” Meyer said. “And what we know from experience is it takes a mind to generate information, it takes a programmer to produce a program.”

“When I have made that argument … the Darwinians say, ‘Oh, well that’s not science.’ They don’t say we have a better explanation, or there is another cause that can produce information. In fact, they have failed to point to one.”

As the denial of God’s existence grows, popular culture worsens.

“When I was growing up in the 80s, the show was The Cosby Show, now it’s Modern Family, right?” Stonestreet said. “There’s been an enormous change.”

When Beverly Hills 90210 rocked households in the early 1990s with its sexual themes, the characters were just talking about sex, they weren’t doing it, he said. Contrast that to today’s Glee, in which “they not only talk about it, they do it. It’s heterosexual, it’s homosexual, it’s pan sexual, bisexual – you name it, it happens.”

The change can be traced to a phenomenon Stonestreet said was first articulated by Rod Dreher in The American Conservative in his April 2013 piece “Sex After Christianity.” “He argues that what we are seeing is not just a moral slip when it comes to sexuality, what we have undergone is a cosmological shift of what we actually think the human person is,” Stonestreet said of mainstream America. “It’s not just kind of a moral slip where we think, well, this used to be OK, and now this is OK. What we now think is the best holistic way to define a human person is their sexual orientation or inclinations.”

In effect, sexual orientation now defines people, trumping all other attributes, he said.

“The Judeo-Christian looks at this and says no no no – you are made in the image and likeness of God, your identity as a human person is big, and it’s robust, and it has to do with belief, and it has to do with family and culture and giftedness and struggle. … And yet what we have is a culture that’s narrowed down the definition of a human person.”

So is the country doomed, Hewitt asks? Meyer said he sees a silver lining, that young people today are learning from experience what really matters.

“It’s so available that people are developing character in ways that would have never happened if it wasn’t available,” he said. “It’s enticing, it looks like it is offering something wonderful and beautiful, and really it’s totally empty.”

“So young men and some women who have struggled with this problem have gotten out of it partly because they have literally repented in the sense of rethinking their whole sexuality, that they have learned there is a design for sex.”

“What I see happen throughout the culture on lots of issues is because the secularization is so radical … good is becoming better in the sense that it is more thoughtful, more intentional, more determined – even as other things are becoming much  more worse, light is becoming lighter and dark is becoming darker,” he said.

“I have a lot of respect for a lot of college kids I have met, just because the moral challenges are coming up so hard and fast, they have to be really tough-minded to make good character-building choices,” he added. “And in a sense, I have more admiration for them than people for whom it came easy when the challenges were not so great.”