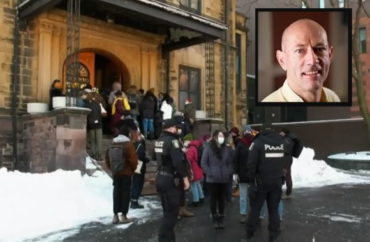 Trans-rights advocates’ rowdy protest shut down a talk about women’s rights at McGill University on Tuesday given by Robert Wintemute, a professor of human rights law at King’s College London.

His talk at McGill University in Canada titled “The Sex vs. Gender (Identity) Debate In the United Kingdom and the Divorce of LGB from T Event” ended abruptly after about 100 demonstrators “stormed the room … unplugged the projector and threw flour at the speaker, and the walls inside the faculty building were vandalized as well,” reported CTV News Montreal.

Wintemute is also a trustee for a U.K.-based group called LBG Alliance and his speech was aimed in part at discussing biological women’s rights in the wake of the transgender movement’s gains.

But protesters called Wintemute and his talk “transphobic and trans-exclusionary,” CBC reported, quoting Celeste Trianon, a trans activist who led the protest against the event, as saying: “The T (trans) is so much more vulnerable than the rest of LGB. I think there’s tons of scientific evidence speaking to that.”

LBG Alliance tweeted on Wednesday that it’s “disgraceful that an eminent gay professor of human rights law was unable to discuss gay rights. Gay people still have rights, don’t we?”

One of our trustees Rob Wintemute was prevented from speaking at McGill University in Montreal by a baying mob.

Trianon has accused the LGB Alliance of being a “hate group,” CTV News reported.

After his seminar was canceled, “Wintemute told CTV News that he acknowledged that his views are controversial, but he denied his group promotes hate and said that Canadian universities should be ‘shocked’ by Tuesday’s protest.”

“It’s extremely anti-democratic to interfere with a seminar at a university just because you disagree with the opinions expressed,” he said.

A video of the protest shows activists chanting “get out” and demanding not to be “erased by you people.”

Student protesters, trans rights activists storm McGill University talk on sex vs. gender, shutting it down. They claimed that the speaker, Robert Wintermute, is "notoriously transphobic and trans-exclusionary."pic.twitter.com/nH2d8cF9cf

CTV News Montreal reported that it asked whether the event will be rescheduled but has not heard back. It reported that McGill Faculty of Law Dean Robert Leckey sent an email to students about the talk. 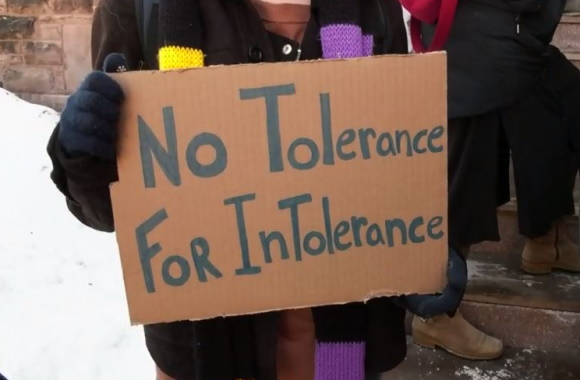 “An academic institution doesn’t endorse all views held by each speaker it hosts,” it stated.