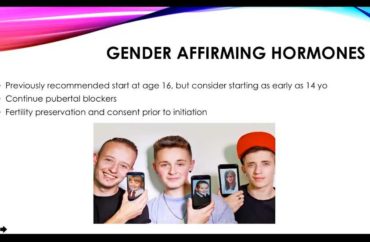 Vanderbilt University Medical Center’s transgender clinic provides puberty blocking drugs and double mastectomies to minors, one doctor touted some transgender surgeries as “huge moneymakers,” and another doctor implied that conscientious objectors at the center would not be tolerated, according to an investigation posted by conservative commentator Matt Walsh on September 20.

BREAKING: My team and I have been investigating the transgender clinic at Vanderbilt here in Nashville. Vanderbilt drugs, chemically castrates, and performs double mastectomies on minors. But it gets worse. Here is what we found. Let's start at the beginning.

“Insurance coverage carriers are mandated to cover expenses for trans folks,” a woman identified by Walsh as Dr. Shayne Taylor stated in a 2018 video posted by Walsh on Tuesday.

Vanderbilt was apparently concerned that not all of its staff would be on board. Dr. Ellen Clayton warned that "conscientious objections" are "problematic." Anyone who decides not to be involved in transition surgeries due to "religious beliefs" will face "consequences" pic.twitter.com/CgNicrG4Mg

“The female-to-male ‘bottom surgeries,’ these are huge moneymakers.” Taylor said.

Fox News reported September 21 that Taylor’s employee page on the Vanderbilt University Medical Center’s website is no longer available, and the center did not immediately respond to questions about her employment status.

“If you are going to assert conscientious objection, you have to realize that that is problematic,” a woman identified as Dr. Ellen Clayton at Vanderbilt stated in another video posted to Twitter by Walsh.

“If someone had a conscientious objection to participating in this sort of surgery, we’d probably have to accommodate you to the extent that we could find another person to do your job who doesn’t have an objection,” Clayton said.

“But I just want you to take home that saying that you’re not going to do something … because of your religious beliefs, is not without consequences. And it should not be without consequences,” Clayton continued. “If you don’t want to do this kind of work, don’t work at Vanderbilt.”

Clayton is a professor of pediatrics, law and health policy, according to the Vanderbilt University Law School website.

“Vanderbilt University Medical Center is now the subject of social media posts and a video that misrepresents facts about the care the Medical Center provides to transgender patients,” according to a VUMC news release posted September 21:

We have been and will continue to be committed to providing family-centered care to all adolescents in compliance with state law and in line with professional practice standards and guidance established by medical specialty societies.

VUMC requires parental consent to treat a minor patient who is to be seen for issues related to transgender care, and never refuses parental involvement in the care of transgender youth who are under age 18.

Our policies allow employees to decline to participate in care they find morally objectionable, and do not permit discrimination against employees who choose to do so. This includes employees whose personal or religious beliefs do not support gender-affirming care for transgender persons.

Vanderbilt University Medical School is an independent, not-for-profit health system that officially split from the university in 2016, The Tennessean reported that year.

“The health system finalized its separation from Vanderbilt University at 12:01 a.m. Saturday, capping nearly three years of study and planning for the financial and legal restructuring,” according to The Tennessean. However, “its clinicians are still faculty at the School of Medicine and its name doesn’t change.”