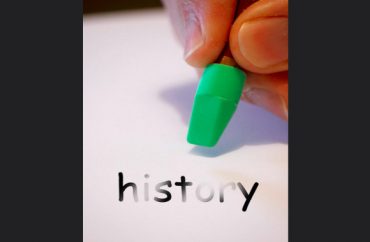 ‘What does it say about what side of history Tulane is on when its History Department is housed in a building named after a segregationist?’

The University Student Government at Tulane University allegedly struck a blow against “white supremacy” late last month by voting to rename an academic building on campus.

The student government passed a resolution calling on the school’s administration to rename Hebert Hall, named after Tulane alumnus F. Edward Hebert, a former member of the House of Representatives, according to The Tulane Hullabaloo.

According to one student government representative, the presence of Hebert’s name on a university building “perpetuates a culture of white supremacy on campus.” The authors of the resolution also cited Gibson Hall, named after Confederate general Randall Lee Gibson, as a perpetuator of white supremacy.

“What is most jarring about the building and its namesake is the positioning of three of the many departments in that building: the Africana Studies Department, Center for Academic Equity and History Department,” Shahamat Uddin, co-author of the legislation and USG senator, said. “What does it say about what side of history Tulane is on when its History Department is housed in a building named after a segregationist?”

The 20th senate of USG passed the legislation at the eighth session Tuesday night at Kendall Cram in the Lavin-Bernick Center for University Life. Approval of the resolution does not immediately rename the building but instead calls upon the administration to rename it.

The resolution will next be brought to Tulane’s Graduate and Professional Student Associationthen the University Senate. Ultimately, a USG Ad-Hoc Committee will present a proposal to the Tulane Board of Administrators, who will make a decision regarding the proposed renaming.

For the building’s new name, the legislation suggests Guillory and Elloie Hall in recognition of the efforts of two black women, Barbara Marie Guillory and Pearlie Hardin Elloie, who were the first two students of color at Tulane University. Their attendance was largely contested until they defeated the administration and successfully integrated Tulane in 1965.

The resolution spoke favorably of various Ivy League schools’ “decisions…to reclaim their history and stand up to their shameful past,” and professed Tulane’s “intent to hold itself to the caliber of [those schools’] achievements.”