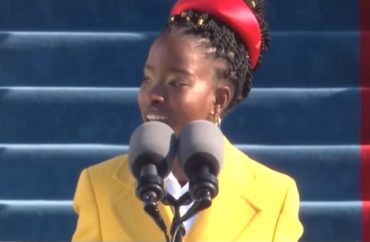 Several controversies have broken out in the past two months surrounding the foreign language translations of the poem read by Amanda Gorman at President Joe Biden’s inauguration.

Since February, two translators have been forced to step away from their position to translate the poem into Dutch and Catalan because of backlashes to the fact that they are both white.

Gorman, the poet who wrote “The Hill We Climb” for the inauguration, received immense fame for her work. The poem was planned to be translated into 16 languages and distributed internationally.

The first controversy started in February.

As The Guardian reports: “The acclaimed author Marieke Lucas Rijneveld has pulled out of translating Amanda Gorman’s poetry into Dutch, after their publisher was criticised for picking a writer for the role who was not also Black.”

Rijneveld is a non-binary white woman and the author of the novel “The Discomfort of Evening.” She had personally been approved by Gorman as the Dutch translator.

The controversy started following one activist contesting the choice to hire a white translator instead of a black one. Janice Duel, a Dutch journalist, wrote in a column for de Volksrant calling for the translator position to be given to a black translator.

“Nothing to the detriment of Rijneveld’s qualities, but why not opt ​​for a literator who — just like Gorman — is a ghost artist, young, woman and: unapologetically Black?”

Following a social media backlash, Rijneveld officially withdrew her commission to translate the novel on February 28.

Reijneveld later stated: “I am shocked by the uproar surrounding my involvement in the spread of Amanda Gorman’s message and I understand the people who feel hurt by [my publisher’s] choice to ask me.”

The Catalan-language translation had already been finished by Victor Obiols when this request was handed down.

As the BBC reports, “the company received a request from the US group Viking Books for the work to be carried out by a female activist with African-American origins, if possible. No new translator has been announced for the project.”

Obiols is a well-respected translator of works by authors like Shakespeare and had already completed his translation of the poem. He is also white.

According to the New York Times, translation duties for the Dutch release have since transferred to a black translator, Hadija Haruna-Oelker, a white translator, Uda Stratling, and a Turkish translator, Kubra Gumusay. It was completed as of March 26.

The decision hasn’t gone without criticism from within the literary community. Several of the book’s foreign language translators have spoken out against the decision on the part of the publisher.

“Rijneveld had been approved by Amanda Gorman, as had I, along with 15 other translators. What authority did Deul have to question Gorman’s judgment? For Deul, the quality of the translation was the least-important thing: what mattered was the identity of the translator: the color of their skin, their age, their militancy. Deul has triumphed. Deul’s triumph is a catastrophe. It is the victory of identity politics over creative freedom, of the given over the imagination.”

The College Fix reached out several times over the last week to Viking Press and Gorman’s spokesperson for comment and has not heard back from either party.