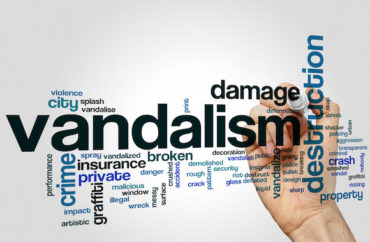 For the fourth year in a row, the University of Minnesota College Republicans’ mural at the Washington Avenue Bridge “Paint the Bridge” event has been defaced.

According to The Minnesota Daily, this year’s CR mural “depicted a brick wall” along with the statements “Donald Trump The Wall” and “Keep America Great.” It also featured Minnesota US Representative Ilhan Omar’s controversial remarks about 9/11.

CR mural painter Chase Christopherson said this year’s design was based on a Pink Floyd album cover and added he hoped the painting would lead students “to research Trump and come to a more positive conclusion about him.”

Vandals crossed out the word “border” and wrote “White supremacy kills” in its place.

Sophomore Maddie Miller said of the mural that Trump’s successes are viewed “from a white male perspective” adding the wall is ironic considering the US “is a country we stole from Native peoples violently.”

University students Gayatri Narayanan and Nick Knighton, prior to the vandalization, sat next to the panel, holding posters of Omar, Christine Blasey Ford and Anita Hill. They held up messages related to missing Indigenous women and “open borders.”

Narayanan said she had a visceral reaction to the panel, and added posters around the painting in hopes of creating peace for others who feel the same as she did when she walked past.

“As a victim of sexual assault, to see Brett Kavanaugh’s name as an achievement on this panel … I have no words essentially. Your heart breaks inside when you see things like this,” Narayanan said.

Knighton said the type of rhetoric on the panel is a contributor to recent acts of white supremacy in the United States.

“I think the fact that that rhetoric that has give[n] rise to the white supremacists to come out and feel able to act and kill people is in part because of the normalization of that kind of culture and what’s written on this wall is helping normalize that,” he said.

Foreseeing the inevitable, the College Republicans had painted another mural panel which asked protesters to deface it instead of their main one:

MORE: For 3rd year in a row, U. Minnesota College Republicans’ mural vandalized

MORE: U. Minnesota activists don’t like CRs’ mural, so they vandalize it