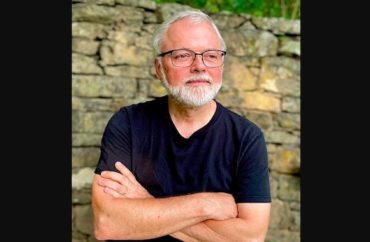 A lecturer at University of North Carolina-Greensboro recently declared “whiteness is a disease” and that “whiteness” is the only reason people oppose critical race theory.

The video’s description notes it “unpacked four central myths and attacks being used by political and social opponents that seek to demonize and misrepresent Critical Race Theory and center whiteness”:

Whiteness is defined as a false ideology that infects people of light skin which in turn supports a system of white supremacy and anti-Black racism. The various components of the fallacious attacks against CRT are discussed in comparison with the realities of what CRT is and is not. We frame these attacks in an understanding of a systematic weaponization of the Straw Man Fallacy. The presenters assert that Critical Race Theory is a powerful diagnostic and research lens that is essential to our pursuit of justice and oneness.

As transcribed by Not The Bee, Egerton said “Looking at whiteness as a disease, the social construct is false. There is no superiority of people with lighter skin. So it’s important to see it as, really, it’s a disease because it’s an attack on the truth.

“Whiteness is not true, in terms of what it imposes on us in our culture and our society. And then racism is a symptom of the disease of whiteness, really. And that’s just saying where it starts and where it leads to.”

“Whiteness is a Disease” in his defense of Critical Race Theory in education.

Are you paying attention yet? pic.twitter.com/vnIH3axwzd

According to his faculty page, Egerton’s doctoral dissertation (“Being and Becoming: A Photographic Inquiry with Bahá’í Men into Cultures of Peace“) features “eleven photographic portraits inscribed with the men’s thoughts on unlearning patriarchal masculinity and adopting a masculinity that is more feminist, humanistic, and reflective of their belief in the oneness and equality of humanity.”

The discussion’s other presenter, Yacine Kout, is a PhD in Educational Studies and Cultural Foundation who said he plans “to teach future educators about social justice and making our world a better place for those in need.” He also hopes to develop video games “that promote empathy and justice.”