The University of Oregon pro-abortion rights group Students for Choice held a rally against Supreme Court Justice Brett Kavanaugh on Thursday … two weeks after the judge was confirmed to the nation’s highest court.

To be fair, the group knows they’re a bit late as the event’s Facebook description reads “We are standing together, to show our community that we are outraged and will not allow this to happen again.”

The event, which ran most of the afternoon, implored attendees to “WEAR PINK” so that everyone was “noticable [sic] and harder to simply ignore!”

Indeed, wearing that pink will make it tougher for folks not just to ignore you, but to simply ignore you! 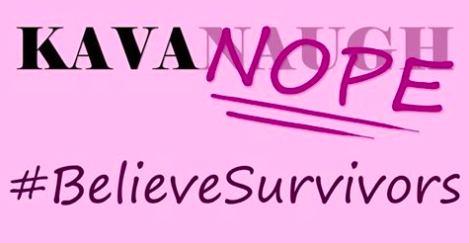 Speaking at the event, junior Sophie Bange made use of her critical studies vocabulary and ignorance of due process:

We have a duty as human beings to dismantle the systems of power which allow sexual violence to happen and to be unchecked […] We have to channel this anger, and turn it into drive – drive to create and share resources for survivors, and to foster prevention efforts. We need to teach people not to be rapists. If the most powerful people in this country won’t do anything about it, then we have to.

Also featured on the Students for Choice Facebook page is a link to a Teen Vogue article titled “11 Thoughtful Gifts Your Friend Who Just Had an Abortion Would Appreciate.” Included: an “Angry Uterus” heating pad, an “F U-terus” pin, and a Ruth Bader Ginsburg coloring book (for real).

The University of Oregon played a bit part in the Kavanaugh hearings via an acronym invented by one of its psychologists. Angry progressives yammered that the judge had employed Dr. Jennifer Freyd’s “DARVO” strategy: “Deny. Attack. Reverse victim and offender.”

College Fix readers may be familiar with Dr. Freyd; her controversial research methods regarding sexual misconduct were even questioned her employer.

Freyd had said Kavanaugh did not “need to be the victim” in the hearings but rather “a dignified person who cares about the issue of sexual assault in our country.”

“He could say that this a great teachable moment for our country ― to really deal with sexual assault,” Freyd continued. “Of course, there is another option too. If he wanted to stop denying he could do a profoundly healing thing for this country: acknowledge and apologize for what he did do.”

What’s the psychological term for lying for the (alleged) “greater good”? Kantian “Consequentialism“?