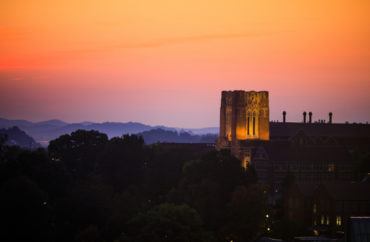 The University of Tennessee-Knoxville has canceled plans for a new “Critical Race Center” on campus after The College Fix reported on the school’s efforts to move ahead with the project.

In January, The Fix obtained diversity plans from 20 different academic departments and administrative divisions at UT, which together totaled 322 new pages of diversity regulations.

Within the plan submitted by the Division of Diversity and Engagement was a vow to partner with the campus Critical Race Collective to create a center to “enhance research and scholarship capacity in this area of study and identify current racist policies and practices on campus.” 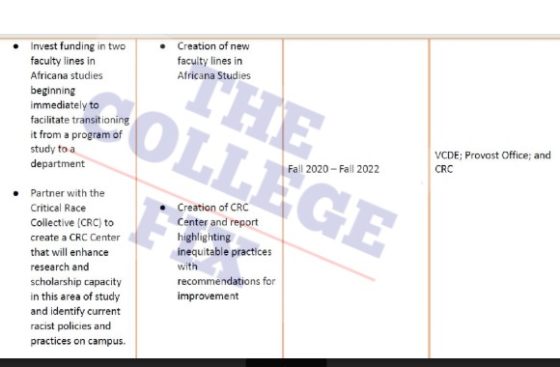 According to their website, members of the Critical Race Collective adhere to the five central tenets of Critical Race Theory (CRT), which include:

Centrality of Race and Racism in Society: CRT asserts that racism is a central component of American life.

Challenge to Dominant Ideology: CRT challenges the claims of neutrality, objectivity, colorblindness, and meritocracy in society.

Centrality of Experiential Knowledge: CRT asserts that the experiential knowledge of people of color is appropriate, legitimate, and an integral part to analyzing and understanding racial inequality.

Interdisciplinary Perspective: CRT challenges ahistoricism and the unidisciplinary focuses of most analyses and insists that race and racism be placed in both a contemporary and historical context using interdisciplinary methods.

Commitment to Social Justice: CRT is a framework that is committed to a social justice agenda to eliminate all forms of subordination of people.

The CRC is part of the university’s “Center for the Study of Social Justice.”

But this week, UT’s Director of News and Information Tyra Haag announced that critical race center is no longer happening.

The Fix reached out to Haag to comment for this story and she did not immediately respond.

In addition to the CRC Center, the UT School of Social Work submitted a plan calling for Critical Race Theory to be integrated into everyday classwork.

Among the actions the school called for were to “Adopt and integrate theoretical frameworks (e.g. womanist, social constructionist, and critical race theory) into relevant courses.”

The proposed Critical Race Center caused a national controversy after The Fix’s initial report. Republican Tennessee Senator Marsha Blackburn slammed the school’s plans for the center, telling Fox News that “critical race theory is a dangerous agenda that teaches that we are either oppressors or victims.”

“It has no place in our schools, and it creates a false narrative of division that pits Americans against each other. We should be bringing folks together and students should be taught to be independent thinkers. In Tennessee, we believe in equality, civility and opportunity for all.”

“We recognize there is an important difference between diversity efforts on campus and promoting an ideology,” said school president Randy Boyd in a statement following the report.

“The university does not require students or faculty to adopt any specific ideology to graduate or receive tenure. We will review the ideas compiled in the diversity action plans recently highlighted in the media and work to clarify any areas necessary to ensure we are delivering on our commitment to our students, employees and the state.”

“Y’all — @MarshaBlackburn is seizing on this headline by @CollegeFix & @Schneider_CM saying UT is creating a ‘CRITICAL RACE CENTER,’” wrote The Tennessee Holler.

“Which of course, they’re NOT. The writer called it that… and now Marsha is opportunistically jumping on it.”

Which of course, they’re NOT. The writer called it that… and now Marsha is opportunistically jumping on it.

The news of the CRC’s cancellation came at the same time Republican Tennessee Gov. Bill Lee announced the creation of a new $6 million “Institute of American Civics” on the campus.

Lee released a video of his announcement:

“This will be a flagship for the nation — a beacon celebrating intellectual diversity at our universities and teaching how a responsible, civic-minded people strengthens our country and our communities,” Lee said.