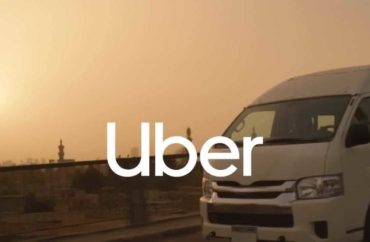 Influential social scientists in the United States and Europe accepted hundreds of thousands of dollars to produce reports for Uber lobbyists, The Guardian reported Tuesday.

Academics took cushy deals in exchange for publishing research on the economic benefits of the company, according to “the Uber files,” a collection of thousands of confidential corporate documents leaked to the British paper.

Alan Krueger, a former economist at Princeton University and economic adviser to Barack Obama, struck a deal with Uber in 2015. Krueger died in 2019.

Krueger “had been Barack Obama’s chief economic adviser and was famous as an authority on raising the legal minimum wage, so held particular influence when it came to advocating for Uber’s impact on employment,” The Guardian reported.

The leaked Uber files show that the company paid him approximately $100,000 for a study that portrayed Uber as a “creator of good jobs.” Academics could not scrutinize Krueger’s research because he did not open his data up for peer review.

Economist Augustin Landier of the Toulouse School of Economics in France accepted €100,000 (about $100,180 in today’s dollars) as a “consultancy arrangement” to produce a report that he told Uber would be “actionable for direct PR to prove Uber’s positive economic role,” according to The Guardian.

Landier collaborated with David Thesmar, a professor at HEC Paris, a top European business school. Landier also asked Uber to pay him to produce an independent study with Uber’s data. A senior Uber staff member said in a leaked email that “We see low risk here because we can work with Landier on framing the study and we also decide what data we share with him,” according to the British publication.

The Financial Times published a story in 2016 relying on data from Landier and Thesmar, currently titled “Uber: a route out of the French banlieues.” “Banlieues” is French for “suburbs” and has taken on a derogative connotation as a place of poverty and crime.

The economists’ report stated that drivers get paid an average of nearly $20 an hour, but omitted the costs that drivers must incur in car rentals, insurance, and gas.

Justus Haucap, an economist at Düsseldorf University’s Institute for Competition Economics, produced a study on “consumer benefits from a liberalisation of the German taxi market,” according to The Guardian.

“The study was conducted in collaboration with a consultancy arm of the German Institute for Economic Research (DIW), described by Uber executives in internal emails as ‘the thinktank that has greatest sway with the current [German] government,’” according to the paper. Leaked emails suggested that Haucap was paid about $48,086 plus tax.

According to Uber, “opening its data to researchers provided important insights into the changing nature of work and mobility, and that where it paid academics the relationship was always disclosed,” The Guardian reported.