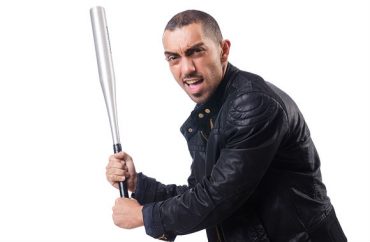 ‘There is no ‘civil’ way to resist ongoing occupation and war,’ writes paper’s decolonization columnist

A student columnist for the Daily Cal, the student paper at UC Berkeley, recently argued that social justice movements are too focused on peace and “violent resistance” can be an effective tool for the “oppressed.”

Pacifist students “love pictures of children handing roses or playing music to armed soldiers, who also happen to be wrecking their homes. They love quoting Gandhi and Martin Luther King Jr. about peaceful protest and resistance,” Khaled Alqahtani wrote in an August 12 column. He “writes the Wednesday column on decolonization” according to his bio for the Daily Cal.

These types of people “claim that ‘radical love’ will (magically) dismantle entrenched systems of oppression,” Alqahtani said. But this is not the best approach, he wrote.

“‘Radical love’ my ass. It disgusts me that the oppressors’ emotions and well-being (in all contexts, from institutions to individuals) are the first to be considered and accommodated whenever people question the validity of armed or violent resistance,” the student wrote.

The headline of his column is: “This war can’t be civil.”

While Alqahtani stated he is not dismissing the benefits of peaceful action and resistance, he suggests it might not be enough:

You may want to lead a silent march instead of setting a police station on fire. Sometimes, that may work best. What I’m criticizing is the constant rejection of violent resistance on grounds of respectability. There is no socially ‘acceptable’ way to protest the murder of women and trans and queer people around me every single day. There is no ‘civil’ way to resist ongoing occupation and war. All of the expected standards these anti-oppression acts are supposed to meet simply ensure they work in favor of the powerful, those already inflicting violence.

In his column, Alqahtani recounts a conversation he had with a student activist calling on him to think about the violence of poverty and “violence in terms of its effects on the oppressed rather than the oppressor.”

“The violence imposed on them is normalized to the extent that it’s not questioned, or worse: Some people expect the reaction of the oppressed to be colorful, poetic and polite,” Alqahtani wrote.

He added that when peaceful students advocate for peace and civility, “they’re dismissing the struggle of the oppressed and their right to fight oppression with any means necessary.”

Alqahtani concluded his op-ed with a quote from cop-killer Assata Shakur, who stated: “Nobody in the world, nobody in history, has ever gotten their freedom by appealing to the moral sense of the people who were oppressing them.”

The quote comes from an essay Shakur wrote in 2017 about race wars.