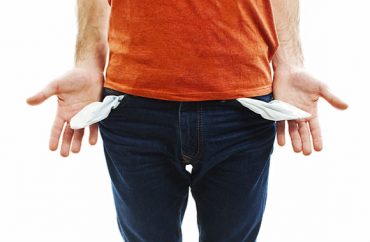 Wealthier households would pay a higher monthly fee in line with their income,’ report suggests

California’s skyrocketing electricity costs could be solved in part by forcing wealthy families to pay more for electricity than poor ones.

That was one policy proposal put forth in a new report from UC Berkeley energy experts.

The report aimed to spell out the reasons behind the Golden State’s ballooning electricity costs and offer ways to solve it. Another suggestion to address the problem? A tax hike.

The February 2021 report, published by the Energy Institute at Berkeley, stated that Californians already pay far more than residents in other states for their electricity — up to three times the national average.

Even “low-income customers who receive a subsidized rate paid prices well above marginal cost,” the report states. Its authors lay the blame on “fixed costs of operation that do not change when a customer increases consumption.”

Upwards of 77 percent of what consumers pay goes directly to covering these fixed costs, the research found.

“These costs include maintaining the transmission grid, clearing vegetation to reduce wildfire risks and subsidizing rooftop solar, among others,” the Californian student newspaper reports.

With that, the energy experts in their report proposed a sales or income tax hike, which would ensure that “higher-income households pay a higher share of the costs.”

“A more politically feasible option could be rate reform—moving utilities to an income-based fixed charge that would allow recovery of long-term capital costs, while ensuring all those who use the system contribute to it,” the report states. “To make a fixed charge equitable, it would be based on income.”

“In this model, wealthier households would pay a higher monthly fee in line with their income.”

Many Californians today are already struggling or behind on energy bills and the exorbitant prices exacerbate the issue.

The authors also found that California’s goal of “decarbonizing the economy” is complicating the matters and adding to the costs, as demand for electricity soars.

Again, one solution suggested is to tax the rich. That’s because “if the costs of decarbonizing the power sector are recovered through higher electricity prices, this could impose a large economic burden on low-income households amidst an increasingly unequal economy,” the report states.

In an email to The College Fix, Severin Borenstein, co-author of the report, said that his group
has not had any direct discussions with lawmakers yet but that it “has garnered attention from all sides of the energy community: utilities, environmental groups, consumer advocates, environmental justice groups, government staff.”

Asked about how to resolve fixed costs, he said the report didn’t delve into that.

“I think the main stumbling block is that legislators have to be willing to directly confront the costs associated with energy policies and grapple with fitting them into the budget or creating new income-based charges,” he said.

The College Fix also reached out to some of California’s major energy providers, Southern California Edison and Pacific Gas & Electric.

When asked whether or not they saw a path towards reducing fixed costs for consumers, Ron Gales, a spokesperson for SCE, stated that: “To help slow down those increases, the company is keeping its non-wildfire spending essentially flat. We are also moderating the pace of our power grid investments so we can direct resources toward reducing wildfire risk.”

Another concept presented to keep energy costs low by SCE is that of utility self-insurance against wildfire risk.

Gales said he believes that if California’s investor-owned utilities forego some of the highest cost commercial insurance, and instead self-insure the risk with customer funded self-insurance, savings could be substantial over a multi-year period, “potentially in the hundreds of millions of dollars, assuming wildfire claims are mitigated over the same period,” Gales said.