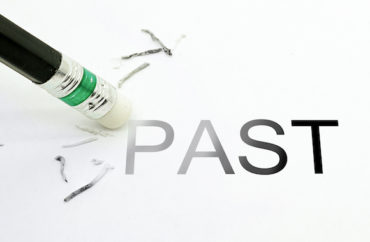 UC Berkeley School of Law officials appear poised to strip the name of an early benefactor of the school off one of its buildings because of anti-Chinese immigration beliefs he held in the 1800s.

A report recommending as much has been commissioned, and comments from law school officials this month indicate the decision, expected in November, heavily favors a move to wipe the name “Boalt” off the Berkeley map, despite alumni who affectionately have called themselves “Boalties” over the decades.

But he “made deeply offensive and racist statements,” according to the law school’s dean.

Concerns over John Boalt’s legacy at Berkeley School of Law come from Boalt’s authoring of an 1877 paper titled “The Chinese Question.” The paper advocated for placing limits on Chinese immigration to the United States.

The paper contained statements saying that Chinese people provoked “an unconquerable repulsion” in Americans and that the “Chinaman has brought to us and planted within our border all the vicious practices and evil tendencies of his home.”

Boalt’s legacy comes from his wife, according to a historical account posted on the school’s website. Elizabeth Josselyn Boalt paid for the construction of a new building for the university’s growing law school in the early 20th century, and the building was named after her husband in an effort to memorialize him.

In 1951, the law school moved from being housed entirely in that building to a larger building that kept Boalt’s name but took on different titles for its library and moot court space.

The name runs deeper than just a building, though. Law school alumni commonly refer to themselves as “Boalties,” a fact mentioned by a recently released letter on the issue of Boalt’s name.

The letter, by law school Dean Erwin Chemerinsky, explains the rationale for why officials are considering officially disassociating from Boalt.

“It came to light that John Boalt was a leading advocate for the exclusion from the United States of those of Chinese ancestry. Boalt made deeply offensive and racist statements,” the letter read.

“These views, which supported the despicable Chinese exclusion policy of the 19th century, raise serious questions about whether we should continue to use the name Boalt in connection with our law school.”

Chemerinsky’s letter addressed a report authored by a five-person committee assembled last fall that delivered the report to Chemerinsky in June. He made the decision to wait to release the report until students returned to campus, according to the letter.

According to the report, more than 2,000 members of the law school community responded to an electronic survey about the name, and the committee also held a town hall on Feb. 1 to discuss the name change.

The report concluded that Elizabeth Boalt made a significant contribution to the law school, while John Boalt did not, and that John Boalt’s “legacy of racism and bigotry” was at odds with the mission of the university.

The committee recommended eliminating the use of the name Boalt from all law school activities and organization names, and submitted a request to remove his name from “Boalt Hall.”

Chemerinsky concluded his letter by saying an official decision is expected in November.

In a statement to The College Fix, a law school spokesman wrote that alumni have begun to get behind the name change.

“The dean has been talking directly with alumni who have reached out to him, and many have altered their views after hearing the rational [sic] for stopping use of the name,” wrote Michael Bazeley, director of communications for the law school.

“We already use the name Berkeley Law for the entire school,” he wrote. “This proposal is to dename one portion of the building, and to stop using the name elsewhere at the school.”

Bazeley acknowledged some alumni would also disagree with the decision to change the name.

“We are telling them, that should this proposal go through, they can always use the name Boalt, they can call themselves ‘Boalties,’ and they can continue to say they graduated from Boalt,” he wrote. “We understand the personal connection some people have with the name, and we are not trying to whitewash it away. We are simply considering a new path forward.”

MORE: Public university to rename building because namesake was ‘opportunist’