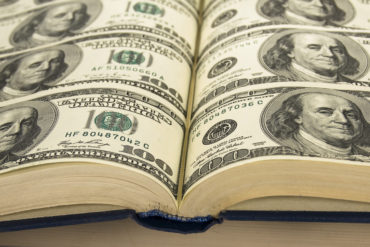 Engineering students can get money to study racism

The University of California Santa Barbara announced that it will offer paid “Racial Justice Fellowships” to four graduate students.

“The Racial Justice Fellowships will provide recipients $8,000 in summer funding for three years on top of a five-year package of full funding,” the public university said in its news release.

The school described it as “an initiative designed to enhance the recruitment of graduate students committed to teaching, research and mentorship around racial justice” and said it comes in “light of recent protests against police violence directed at Black communities and the persistence of systemic racism.”

A dean said that students could use the fellowships to start or continue research on topics such as “political anti-racist resistance.”

Leila Rupp, dean of the graduate school and a professor of feminist studies, said in the news release:

Students in a variety of disciplines are engaged in research that explores the historical roots or contemporary experiences of racism; the educational, environmental, health or economic disparities impacting Black, Indigenous and communities of color; cultural, social and political anti-racist resistance; and other ways in which systemic racism and responses to it have shaped and continue to shape human societies.

The school’s media relations office said in the news release that the program will “foster a more inclusive university community committed to racial justice.”

The opportunity does not just extend to the fields that would traditionally be associated with racial justice activism, such as education, sociology or political science, however.

It’s open to students in the environmental science graduate school, engineering school and for graduate students in the “Division of Mathematical, Life and Physical Science,” according to the statement from the public university.

The dean of the engineering department said the fellowships will help his colleagues and students embrace diversity and inclusiveness.

As a college, we hold inclusivity and diversity as core values, and we are committed to strengthening diversity in order to ensure that every individual feels welcome and an integral part of our college. We embrace and celebrate inclusion because a more diverse environment will provide new insight to solve society’s grand challenges.