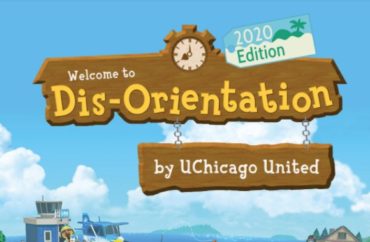 Abolish police by not calling them, activists say

An annual “dis-orientation” guide put out by a coalition of activist groups at the University of Chicago details ways students can get involved in social justice issues and activism on campus and in the community.

UChicago United’s 2020 edition of its cartoonish “dis-orientation” booklet tells students that police “abolishment” can only happen with the “abolishment of the practice of calling the police.” The group has published at least two other versions, one in 2019 and one in 2018. It works with #CareNotCops to promote police abolition on and off-campus.

The booklet notes that student workers will likely be trained to call the University of Chicago Police Department, but that they should reconsider doing so.

“If no one is in danger, move on” the activist group at the private university said.

Welcome to the check-in counter for your Dis-Orientation Getaway Package! Get ready for the next four years at UChicago… https://t.co/x1T62xF9Tw pic.twitter.com/x7eOvsLRNc

Three alternatives that students are directed to take before calling the police include: Pausing and assessing the situation, communicating with the person who is either having a “crisis” or “disturbing others,” and asking for help from social services hotlines instead of the police.

After all, according to Chicago United, law enforcement officers “serve to protect only the most rich and privileged” and for the purpose of “terroriz[ing] the most vulnerable and marginalized.”

It’s not just police officers that the group said services the wealthy. The entire University of Chicago is just about capital and promoting white supremacy.

Students are told that the university is “a racial-capitalist, imperialist, colonial, heterosexist institution that is guided by white supremacist curriculum and and need to accumulate capital— no matter the cost.”

The booklet accused the university of turning a blind eye to several racist incidents that happened on campus over the past several years.

“Time and time again the BIPOC students and community members are exposed to racist systems, beliefs, actions, words from a University that professes to have made progress in recent years to address problems of racial bias and inequities on our campus, and to strengthen our relationship with our neighboring communities.”

UChicago United did not respond to a Facebook message or an email from The Fix seeking comment on the booklet in the past week.

Gerald McSwiggan, a university spokesperson, pointed The Fix via email on Monday to a previous administration statement in support of the campus police department from August 12.

Chicago United’s booklet covers 17 different topics in total, including race, global justice, free speech and mutual aid. It’s both a commentary on the university’s history, a call to action and a directory of charities in the area.

The activists note that the university has some programs to help low-income and first-generation students, but said the school must to do more.

The hosting fraternity, FIJI, denied at the time that it was a Cinco de Mayo party and noted it never used the Mexican patriotic holiday to promote its party, though several individual members allegedly made a connection to the holiday.

Other students have created disorientation guides going back to 2010, according to the campus paper The Chicago Maroon.

Editor’s note: On Monday, the university provided a response to The College Fix. The article has been updated accordingly.