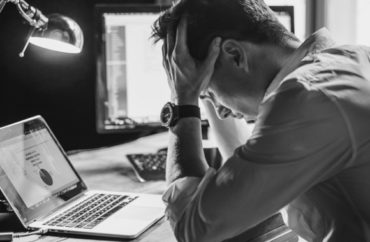 A distinguished University of Chicago macroeconomist has been suspended as editor of the Journal of Political Economy, the Federal Reserve Bank of Chicago has cut ties with him, and he is under investigation by his university for alleged classroom “discriminatory behavior” regarding race.

And it’s all happened in the span of about two weeks.

Harald Uhlig, who has worked as a professor of economics at the University of Chicago since 2007 and also served as department chair from 2009 to 2012, came under fire largely after criticizing the mantra to “defund the police.”

On June 8, Uhlig said on Twitter: “Too bad, but #blacklivesmatter per its core organization @blklivesmatter just torpedoed itself, with its full-fledged support of #defundthepolice.”

As part of his Twitter thread, he added: “Time for sensible adults to enter back into the room and have serious, earnest, respectful conversations about it all: e.g. police reform proposals by @TheDemocrats and national healing. We need more police. We need to pay them more. We need to train them better.”

He likened those who wish to “defund the police” to “flat-earthers and creationists.”

Too bad, but #blacklivesmatter per its core organization @Blklivesmatter just torpedoed itself, with its full-fledged support of #defundthepolice : "We call for a national defunding of police." Suuuure. They knew this is non-starter, and tried a sensible Orwell 1984 of saying,

The professor later said “my tweets in recent days and an old blog post have apparently irritated a lot of people. That was far from my intention: let me apologize for that.”

My tweets in recent days and an old blog post have apparently irritated a lot of people. That was far from my intention: let me apologize for that. Did I choose my words and comparisons wisely? I did not. My apology, once again. Let me also make clear that all these are just

Despite Uhlig’s remorse, many prominent voices in economics condemned him.

Justin Wolfers, an economics professor at the University of Michigan, called the apology “ass-covering, followed by him speaking on behalf of communities of color in a way he has no business doing.”

The New York Times contributor Paul Krugman characterized Uhlig as “yet another privileged white man who evidently can’t control his urge to belittle the concerns of those less fortunate.”

Janet Yellen, the former chair of the Federal Reserve, told The New York Times that Uhlig’s comments were “extremely troubling” and called upon the Journal of Political Economy to review his position as editor.

Amid the uproar about his tweets, Bocar A. Ba, a former student of Uhlig’s who is slated to become an assistant professor in economics at UC Irvine, recounted publicly an incident that occurred in 2014 in a tweet on June 11:

You [Uhlig] talked about scheduling class on MLK Day
You made fun of Dr. King and people honoring him
You sarcastically asked me in front of everyone whether I was offended

Ba then tagged two people who later corroborated his story.

@haralduhlig, I sat in your class in Winter 2014:
(1) You talked about scheduling a class on MLK Day
(2) You made fun of Dr. King and people honoring him
(3) You sarcastically asked me in front of everyone whether I was offended
Here is the receipt: @JustinWolfers @and_joy_

As a result, the fallout continued to pile up for Uhlig.

A note affixed to the top of the Journal of Political Economy website states that its advisor board “placed Harald Uhlig on leave from his role as editor of the Journal pending a determination of the Board as to whether it would be appropriate for him to continue in that role given recent accusations of discriminatory conduct in a University classroom setting.”

Meanwhile, the Federal Reserve Bank of Chicago fired Uhlig from his job as a consultant there, The Washington Free Beacon reported. According to the Beacon, a spokesperson for the Fed said that Uhlig’s comments did not mix with “Chicago Fed’s values and our commitment to diversity, equity, and inclusion.”

Uhlig’s employers are standing behind his right to free speech.

However, the university is concerned with an accusation of discriminatory conduct by Uhlig in the classroom, McSweeney said.

“The University of Chicago does not tolerate intimidating, hostile, or offensive discriminatory behavior that targets groups or individuals, and we take seriously any matter that interferes with educational program[s].”

McSweeney confirmed Uhlig is under review, but he did not give an indication of the status of the probe.

In an email to The College Fix, Uhlig said that while he did not recall the incident recounted by Ba, he welcomed the review.

“As a faculty member,” he said, “I need to learn how to avoid that such a situation arises in the first place.”

He declined to comment on the current status of the review, as well as what he believes the outcome will be.

One colleague of Uhlig’s has publicly come to his defense.

In the piece, Cochrane asked regarding Uhlig’s tweets: “Are Harald’s views here, or even his tone, so beyond the pale that he must be instantly shunned and de-frocked?”

“I spent much of my last few years of teaching afraid that I would say something that could be misunderstood and thus be offensive to someone. Many of my colleagues report the same worries. It is not good for open and honest communication in the classroom if a tweet about a comment six years ago can instantly destroy you,” he wrote.