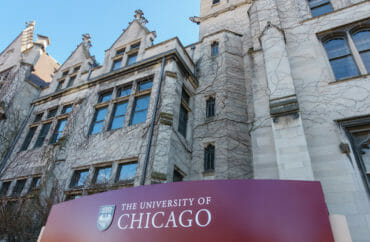 University edits wording to denote event is open to all

After observers voiced concerns, the University of Chicago recently edited a description of an Office of Multicultural Student Affairs event that was originally offered for “students of color.”

“Students of color are invited stop [sic] by for dinner and to make a finals kit to help get through your exams. Spaces will be available for socializing and quiet study. The event is offered by the Office of Multicultural Student Affairs,” stated the original description for the March 16 event.

“This UChicago event violates Title VI’s prohibition of discrimination on the basis of race and UChicago’s Non-discrimination Statement. I notified the Title IX, etc. coordinator. Be on the look out for events like this,” stated University of Chicago Professor Dorian Abbot.

The university subsequently clarified the wording, informing the campus community that “students” are welcome to attend.

Responding to the edit, Abbot tweeted: “Sunlight is the best disinfectant. Keep on the look out and nip stuff like this in the bud at your institution whenever it pops up, or it will only get worse.”

However, although the racial qualifier was removed, the event description was again edited a third time to state the gathering is “intended to provide space for students of color to build community.”

In a statement to The College Fix, campus spokesman Gerald McSwiggan said “Study spaces are open to enrolled students.” He did not elaborate.

The website has been updated: “Students are invited…” Sunlight is the best disinfectant. Keep on the look out and nip stuff like this in the bud at your institution whenever it pops up, or it will only get worse.https://t.co/MTZWinq1iJ https://t.co/IWirNoMKP2

“[T]he University of Chicago only changed and revised a scheduled discriminatory event that violated federal civil rights laws (Title VI) when it was brought to the attention of university administrators,” Mark Perry, economics professor at the University of Michigan Flint and senior fellow at the American Enterprise Institute, told The College Fix.

“If that had not happened, the racially segregated event would have taken place … in violation of Title VI’s prohibition of discrimination on the basis of race and color.”

Perry called the situation a “sad indictment” of American higher education, suggesting that remedial Title VI and Title IX training might be in order for university administrators.

Last month, Gustavus Adolphus College canceled its “People of Color” appreciation lunch and replaced it with a Black History Month lunch open to all after similar complaints.

The University of Chicago study space incident came months after the institution created a department of race, diaspora and indigeneity.

Editor’s note: After publication, the university’s spokesman provided The College Fix with a statement. We have added that it.