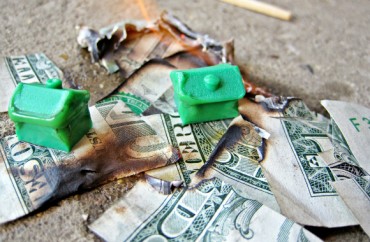 What happens when liberal policies at the state and local level cross paths with a liberal student government?

You won’t be surprised at the answer: fiscal unsustainability. And it will get worse if California raises its minimum wage to $13 an hour by 2017, as the state senate voted to do last month.

In a recently passed budget, UCLA’s student government voted to cut student organization funding by nearly $33,000, the Daily Bruin reported. To put that into perspective, the entire fund was just under $69,000 last year, so students groups are losing nearly half their budgets in a single year.

A major driver of the cuts is a dramatic hike in stipends for student government officers, particularly the 14 council members.

Starting this January, officers will make $840 a month, up from $756. Because officers only make 35 percent of their stipend during the summer term, that works out to a hike of just under $12,000 for the council for the full year, paid for by student fees.

The editorial board of the Daily wrote a scathing column last week against the budget vote, saying that “it violates student trust to make massive reductions to the pool of funds available to student groups when nobody is watching over summer.”

A crisis years in the making

To be fair to the current council, the fiscal problem is largely not its own doing.

Two years ago, while students were gone for the summer, student government officers hiked their own stipends by 90 percent for the upcoming academic year, saying they wanted future students without “stable finances” to be able to serve on the council, the Daily reported then.

It has been a truly amazing year. Thanks for giving us the chance to serve you.Welcome and Congratulations to the 2013-2014 Council!

They also justified the stipend hike by saying student fees had been historically “underutilized” because many student groups didn’t apply for or use their full funding.

It was terrible timing: Because of a surge of applications for funding, the council had to cut student organization funding by $35,000, or about $110 per group approved for funding, including a homeless fund.

Though stipends were also increased for officers in student groups, most did not receive enough money to be able to afford to pay anyone in the first place.

When student groups demanded the 2013-2014 council members return the remainder of their hiked stipends for the year, the council met them halfway, approving an amendment to their bylaws that prevents any future stipend changes from taking effect until a new council is elected.

The damage has already been done, though, because those council members tied their stipends to the state minimum wage under an accounting guideline.

Administrative costs are rising because of the $10 minimum-wage hike taking effect in January, and inflation is reducing the fees the government receives, according to Roy Champawat, director of Associated Students UCLA, the Daily reported.

You want your elected representatives to starve?

One new council member emphasized that past councils should be blamed, while agreeing that their action opens up council service to a broader socioeconomic range of students.

“If there was no stipend associated with the position, I would not have been able to serve because of the financial situation that I [would] endure,” Zack Dameron told The College Fix.

Dameron also said this month’s Daily article on the budget vote “failed to emphasize” that the council cut $6,000 from the Election Board budget, some of which was allocated to student group funding. Students also rejected a $3 student fee hike in the last election, which could have stabilized student organization funding, he said.

The president of the undergraduate student body also blasted the Daily for its coverage.

In an op-ed Monday, Heather Rosen made points similar to Dameron’s and pointed the finger at the Legislature for raising the minimum wage, from which council stipends are calculated.

“The Daily Bruin’s presentation of [the council] as insensitive and unresponsive to these financial needs is quite simply false,” she said.

Although changing the bylaws may be difficult, council members can conceivably still donate some of their stipends back to student groups. They are already authorized by the bylaws to “yield their allocated stipend” into their own office’s budget.

The current council may want to act while they still have control over their stipends. If the Legislature approves a $13 minimum wage and Democratic Gov. Jerry Brown signs it, this won’t be their last huge pay hike funded by student fees.