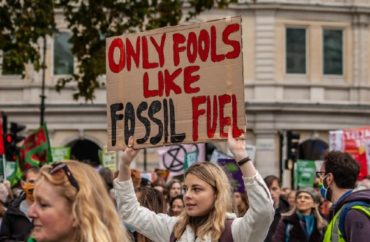 The University of California Los Angeles will miss its goal to be carbon neutral by 43 years, according to an analysis conducted by the student newspaper.

“The university is on track to meet its climate neutrality goals. For more information, please see our climate action plans,” media director Bill Kisliuk told The College Fix. He did not respond to a follow-up email that asked for specific flaws in the campus newspaper analysis.

None of the three authors of the article responded to College Fix emails about the disagreement with the university and if officials had discussed problems with their analysis with them.

Former University of California system president Janet Napolitano set a goal in 2013 for all UC campuses to be carbon-neutral by 2025, but the paper projected UCLA will not reach its goal until 2068.

The University of California is a national leader in sustainability and effective actions to reduce greenhouse gases to mitigate climate change. The University galvanized its position for environmental stewardship in 2007 when all ten Chancellors became signatories to the American College & Universities Presidents’ Climate Commitment. To reach our next goal, which is to bring the University to carbon‐neutrality in its operations by 2025, we will need to take bold efforts to change the fundamental profile of our energy sources.

All the other UC campuses, with the exception of Merced, are also projected to miss their targets.

That report found that the campus’ carbon emissions were rising an average of 4,750 metric tons each year.

“Based on UCLA’s current carbon emission trends, The Stack projects that UCLA will reach zero net carbon emissions in 2068, 43 years after its 2025 goal,” the data blog for the student newspaper reported.

“Although UCLA is offsetting its carbon emissions, the university’s total carbon emissions continue to increase by an average of 1.7% each year since 2007,” the paper reported.

Universities can offset their carbon emissions by buying credits from organizations that are taking steps to reduce carbon.

Sustainability at UCLA did not respond to requests for comment on projected failure to achieve its carbon neutrality goals and what mistakes were potentially made in its analysis.

“As the University works to accomplish that goal, we will continue to challenge ourselves by harnessing the best available science and technology to achieve greater carbon reductions,” Nurit Katz, the chief sustainability officer for UCLA, stated in an email to the Daily Bruin.