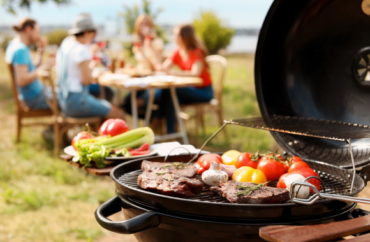 The University of Florida has suspended three conservative student groups, claiming they violated various campus policies when they hosted a “Conservative Coalition Cookout” earlier this month.

The groups are Turning Point USA, the Network of enlightened Women, and Young Americans for Freedom, and their event was held on campus at Norman Field.

Under the interim suspension, the groups lose “all privileges and access to all campus resources and services,” according to a memo to one of the groups from campus officials obtained by Campus Reform.

Students involved in the groups say their free speech rights have been violated.

“We’re the YAF chapter that got silenced at UF. We won’t stop fighting for free speech, and we will never be silenced. If you’re UF alum, call the UF President and tell him you’re withdrawing support until they return the Constitution to campus,” Young Americans for Freedom at UF tweeted March 19.

And a headline on Turning Point USA’s website states “The University of Florida BANS TPUSA,” adding that an attempt to appeal the decision has already been rejected by administration.

“Although masks are not required in the state of Florida under Governor Ron DeSantis’ leadership, they are required on campus at UF–a policy that was communicated to students attending the Conservative Coalition Cookout. People complied by wearing masks unless they were eating or drinking, as is consistent with local, state, and federal guidelines for COVID-19,” the TPUSA post states.

“The decision to ban all conservative organizations on campus for choosing to gather (while the vast majority of those in attendance did follow the school’s COVID-19 guidelines) is nothing short of a blatant violation of our country’s First Amendment rights to speech and assembly. We have arrived at a time where any ideological differences on campus are not only chastised but banned from the university learning environment altogether.”

In response, the university put out a lengthy rebuttal.

“This was a planned organizational event and not a spontaneous gathering. The groups are under interim suspension for failing to register the event, as is required under university policy; more important, numerous attendees failed to follow university policies requiring the use of face coverings and physical distancing,” the university said in a statement published March 21.

The university states allegations the groups were targeted for their political beliefs are “simply untrue.” It argues the students knew they were supposed to register their event but did not, that attendees did not wear masks or physically distance per university rules, and that one student who was supposed to isolate instead attended the event.

Spencer Brown, a spokesman for YAF, told The College Fix via email on Tuesday that its UF Young Americans for Freedom chapter is reviewing the charges with YAF headquarters and its legal team.

“Young America’s Foundation is working to ensure our chapter will remain operational and is looking for any evidence of disparate treatment by the university,” Brown said.