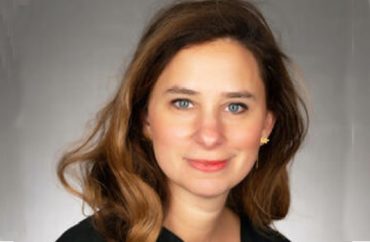 The dean of the University of Michigan Medical School has so far refused to accede to demands from activists to cancel an upcoming speaker who opposes abortion.

Some at the university want to see med school Professor Kristin Collier (pictured) canceled as the speaker at the July 24 White Coat Ceremony.

Dean Marschall Runge has told the mob no.

He wrote in a letter to the med school community:

We have received both positive and negative feedback on the choice of our keynote speaker. The White Coat Ceremony is not a platform for discussion of controversial issues, and Dr. Collier never planned to address a divisive topic as part of her remarks. Our values speak about honoring the critical importance of diversity of personal thought and ideas, which is foundational to academic freedom and excellence. We would not revoke a speaker because they have different personal ideas than others.

“A forum on the importance of diversity of thought is being planned by Michigan Medicine, and additional details will be shared soon,” he added.

Students say they are scared about what will happen to abortion in Michigan, where a 1931 law that bans the intentional killing of preborn babies is enjoined due to a lawsuit.

Collier’s speech worries them more. “I’m already scared that I’ve chosen to attend school in a state where I may very well lose my right to a safe abortion, and the decision by UMMS to have Dr. Collier as a keynote speaker makes this even scarier,” one student stated.

“It makes me seriously doubt whether the school will continue to advocate for reproductive rights,” the student allegedly stated.

“I am attending UMMS in large part because of their progressive approach to health care and education, and the choice to have Dr. Collier as keynote speaker makes me question my decision,” another student wrote.

The pro-life professor doesn’t plan to speak on anything that should make students “scared.”

“I am planning on welcoming the new students to the profession and encouraging them as they begin this journey,” Collier told The Fix via email on Thursday.

A fellow professor criticized the petition and cancel attempts.

“Leaving aside the specific question of abortion, this university’s increasing susceptibility to cancellation campaigns, online bullying, mob formation, and other intimidation tactics is deeply concerning to Michigan faculty who still believe in academic freedom,” English Professor Scott Lyons told The Fix via email on Thursday.

“How long can this or any research university possibly survive without absolute safeguards against an intellectual totalitarianism that recognizes only one viewpoint on every possible subject?” he wrote in his email.

UMich leaders have taken stances in support of abortion

The selection of someone who happens to be pro-life understandably is a shock to med students, since some University of Michigan officials have publicly taken a stance in favor of abortion on behalf of the school.

Interim President Mary Sue Coleman promised to protect abortion – University of Michigan Medicine aborts babies so it could lose money if abortion is made illegal.

“I strongly support access to abortion care,” Coleman stated, not in her personal capacity, but as the leader of the University of Michigan.

Coleman and the university even formed a post-Roe “task force” led by professor and abortionist Lisa Harris.

The taxpayer-funded university will underwrite strategies to ensure the killing of babies never stops for abortion vendors like Planned Parenthood, which also employs Dr. Harris.