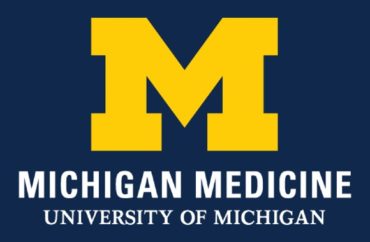 It is time to defund universities that take institutional stances in support of abortion.

The University of Michigan system, including Michigan Medicine, established a post-Roe “task force” led by a professor who is also a medical director for Planned Parenthood.

This professor, Lisa Harris, also runs an abortionist training fellowship through the university.

I share some of my thoughts below in a response video, but I’d like to add to what I cannot fit in a short segment.

The University of Michigan should defund its post-Roe task force that appears to be created to 1) ensure women can still kill their babies when abortion is made illegal in the state and 2) help a professor at the university with her primary goal which is to train abortionists.

But, if the university does not do this, pro-life legislators in the state should do everything in their power to strip the University of Michigan of funds and make it impossible for it to accomplish any other goals. Then university officials can decide what is more valuable – taking a stance in support of destruction of human life or everything else it wants to accomplish.

The university needs help getting an environmental impact review approved for a new building? Maybe a state senate committee needs to think about it a little longer.

Need $1 million from the legislature for a new initiative? Sorry, spent all the money for the year, try again in 2023.

There’s no educational value to the task force. President Mary Sue Coleman said she supports abortion as if that should matter to the mission of the university system.

Coleman has free will, which means she can make bad choices in her personal time to support the killing of millions of babies through heart attack abortions, partial-birth abortion and late-term abortions.

Michigan taxpayers do not need to subsidize that.

“We have a female-dominated institution; we care about our own communities as well as those we serve through clinical care and education,” Coleman stated. What does that have to do with it?

Instead of killing babies, what if the university increased childcare options, built housing to accommodate families or looked into ways to make classes more flexible for when pregnant students cannot get out of bed or need to go to an unexpected doctor’s appointment?

Let’s talk about how to support a married couple with a baby through increasing wages for on-campus jobs so dad can work while mom is at home taking care of their child.

But that takes time.

Harris, the abortionist, already knows how to kill babies in the womb and she’s unfortunately made a commitment that her life work will be the destruction of as many babies as possible.

But Michiganders don’t need to pay for her disordered decision-making.

Defund the the task force or defund the university.