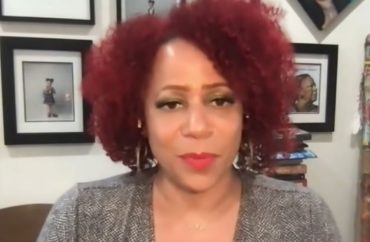 Susan King, dean of the UNC Hussman School of Journalism and Media, had asked an ABC news reporter to “protect” Nikole Hannah-Jones during the height of her tenure battle.

“Protect Nikole,” King wrote in May in an email to ABC Deputy Political Director Averi Harper, who is also an alumnus of UNC and an adjunct faculty member with NYU’s Journalism Institute.

A copy of the email was obtained by both Fox News and Campus Reform.

Hannah-Jones, the architect of the controversial New York Times‘ 1619 Project, was initially denied tenure by the UNC Board of Trustees, creating a huge controversy. Facing protests and a possible lawsuit from Hannah-Jones, the board voted to grant her tenure in late June.

Hannah-Jones then announced she would be joining Howard University.

In her email to King, Harper had been asking about the process.

“She deserves tenure. Her package is perhaps the best I’ve ever seen,” King replied, later adding in the email: “Protect Nikole. She deserves it and I’m doing all I can to make this right. We really want her here.”

King addressed Hannah-Jones’ decision to teach at Howard in a prepared statement.

“We wish her nothing but deep success and the hope that UNC can learn from this long tenure drama about how we must change as a community of scholars in order to grow as a campus that lives by its stated values of being a diverse and welcoming place for all,” King said.

King’s email comes to light as the notion of “objectivity” in reporting is under fire by UNC’s journalism professors.

Its faculty members are protesting a statement of values etched in granite that is located in the lobby of their school that touts objectivity, impartiality, integrity and truth-seeking.