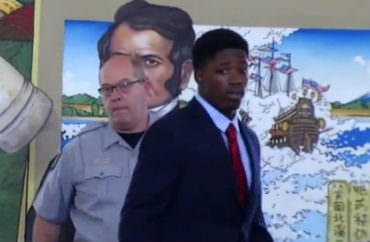 The secrecy of campus sexual-assault investigations and resolutions has kept outrageous examples of violated due process and kangaroo tribunals largely out of the news – until litigation gets filed and drags on.

Sued colleges have often been smart enough to seek settlement early, heading off a larger PR crisis that would follow legal discovery, when their patently unfair procedures would be exposed to light.

Following journalist Emily Yoffe’s three-part Atlantic series on the dark side of campus rape policies spurred by Obama administration threats – including likely racial disparities – Ashe Schow of RealClearInvestigations has turned in a worthwhile deep dive into a single incident between a white female and black male at the University of North Carolina.

Schow’s access to the full court record and exclusive interviews reveal the “legal labyrinth of costly, overlapping inquiries” that came to involve the administration, campus police and city of Chapel Hill, and led both parties to hire their own legal teams, “an emerging trend in such high-stakes cases.”

What really stands out in this case, however, is the school’s somewhat fair treatment of the black male – and the accuser’s blind pursuit of criminal charges and unfounded accusations against UNC when the evidence largely ran against her.

Evidence that only favored her, it turns out, when her lawyer apparently altered it.

Really drunk – and yet no signs of impairment

In a scenario that will surprise no one who follows campus rape litigation, the accused was a football player, Allen Artis, and his accuser was a wealthy local, Delaney Robinson.

They were both drinking but neither appeared intoxicated when they took Uber home with another paired-off couple, including Robinson’s “close girlfriend,” who testified Robinson “shot her a knowing glance” as they parted ways.

Robinson claims to remember no details from that night except “feeling pain from his assault” while laying on his bed, while Artis says she encouraged him to have intercourse following digital penetration. He didn’t enjoy the sex, though, so he excused himself to the bathroom because “I didn’t want to be rude.”

Artis (number 4 below) says she was dressed and ready to leave when he emerged – the first suggestion that Robinson felt rejected and might seek revenge.

In an oddity for campus rape cases, Robinson went to the police before UNC’s Title IX office. Her toxicology report from the hospital – only delivered seven months after the incident – showed a blood alcohol content “almost twice the legal limit at which a motorist is considered impaired,” according to Schow, but neither witnesses nor Robinson herself recognized her as impaired.

Indeed, the officer who picked up Robinson and her girlfriend and dropped them off at their dorm observed they were not stumbling. Robinson’s texts with another football player – about meeting up after her rendezvous with Artis – were “flirty and coherent,” Schow writes.

UNC’s investigation determined she wasn’t incapacitated, despite the slight brunette consuming the equivalent of four to five drinks, because of her documented “ability to walk, text and dress herself” and the help she gave another intoxicated girl at the fraternity party where she met Robinson. No date-rape drugs were found in Robinson’s system, just a common over-the-counter sleep medication.

As a result, even under the low “preponderance” standard of evidence mandated by the Obama administration (recently rescinded), UNC said in a draft report that based on “photographs, text messages, call logs, and witness accounts,” Robinson could have consented.

But because the school didn’t exonerate Artis – the toxicology report hadn’t arrived – Robinson and her attorney used the five months before UNC finally cleared his name to launch an aggressive PR campaign against UNC and campus police, which had also judged her able to consent.

They got a “civilian warrant” – a quirk of North Carolina law that lets accusers press charges without the police – from a judge who previously served on a “rape crisis center” board. (Two more accusers would appear, though prosecutors seemed to doubt their credibility.)

Robinson and her attorney also held a press conference alleging she was asked “humiliating and accusatory questions” by investigators – questions that were directly responsive to Robinson’s own statements and intended to get her on the record before an expected prosecution.

A police investigator who asked if she “exchanged phone numbers” with Artis – so he could see their communications – was denounced for asking about her “sexual history.”

I had unprecedented access to school, court, and police documents that allowed me to write out the WHOLE story. 3/

UNC went to great lengths to demonstrate its financial and academic accommodations for Robinson, emphasizing it was administrators who urged her to file a Title IX complaint:

Even though Artis never faced a school hearing, he was interviewed repeatedly without an attorney, while being assured by police he shouldn’t worry, according to transcripts. The school, however, regularly shared information with UNC police, which allowed the police to get around due process, since those rules don’t apply to college campuses.

Most shockingly, though, was Robinson’s lawyer Denise Branch showing the public a photo of her from the hospital “that appeared to show large, purple and black bruises covering nearly all of Robinson’s neck,” Schow writes.

Artis quickly got a lawyer, Kerry Sutton, who had helped exonerate one of the falsely accused Duke University lacrosse players in the 2006 “rape hoax,” and she zeroed in on Branch’s bruise photo.

After Robinson’s appeal to UNC was denied, Sutton filed a bar complaint against Branch “alleging ethical violations related to the photograph and extensive and unjustified pre-trial publicity on the part of Robinson’s attorney,” Schow writes.

After Robinson and Branch refused the judge’s encouragement to seek mediation rather than trial, the lawyer apparently got tongue-lashed by the judge during closed-door meetings at a June 23 hearing:

Twice [District Attorney James] Woodall came out to retrieve Branch. The second time she returned from the judge’s chambers, her facial expression darkened. She had been asked by the judge about the photo from the press conference [below], according to Artis’s attorney. …

At her own press conference later, Sutton presented another photo of Robinson provided to her by the district attorney and taken at the same time as the allegedly altered photo presented by Branch. This photo appeared to show the marks on Robinson’s neck were hickeys — and not from choking.

Indeed, the nurse who had evaluated Robinson said those marks were “hickeys” and she showed no signs of choking.

The prosecution and defense finally agreed to mediation, and the charges were dropped, but it took 17 months and a lost year of eligibility for Artis, who is considering a civil suit against the school. It’ll probably cost him “hundreds of thousands of dollars” if he does sue.

There are two silver linings in his case, according to Schow: It helped spur Democratic Gov. Roy Cooper to sign a law significantly narrowing the right of citizens to bring criminal charges, and Artis got to plead his case in person to Education Secretary Betsy DeVos* this summer.

Less than two months later, DeVos pulled the rug out from under schools like UNC that withheld due process from accused students in order to appease vindictive and publicity-hungry accusers and lawyers.

Schow covers much more in her excellent feature, including the original image of Robinson’s neck, so read the whole thing.