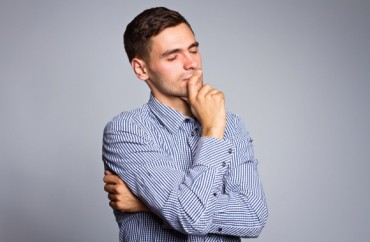 OPINION: Universities actively encourage students to “come out.” But before they do, I hope that confused young people will go out, beyond the echo chamber of the academy, and seek the full truth about sexuality and the human person.

Universities across the nation are encouraging students to openly embrace homosexuality to mark “Coming Out Month,” which transpires each October.

The University of Wisconsin hosts a National Coming Out Month information clearinghouse, where students are counseled on how to “come out” to the splendors awaiting them in the world of homosexuality. Syracuse University boasts an entire monthlong celebration, complete with sidewalk chalk art and safe space trainings.

But students, especially young ones away from home for the first time, should have some idea of what their putative mentors are enticing them to “come out” to.

What your professors, counselors, and other mouthpieces of institutional survivalism will probably not tell you is that a homosexual lifestyle is dangerous to your health and ruinous of your inborn human dignity.

Nor are physical ailments the only problems to be faced by those encouraged to “come out.” Tragically, those who practice homosexuality are far more likely to commit suicide than their heterosexual counterparts. An Australian study from 2012 found that relationship stress was much more likely to be the cause of depression and other serious psychological disturbances among homosexuals than bullying or lack of acceptance among family members or peers. Sadly, a 2007 study in the New York Academy of Medicine’s Journal of Urban Health found that those in homosexual relationships are more likely to suffer domestic abuse by their partners than are those in heterosexual partnerships. And rampant promiscuity among men who practice homosexuality suggests that this lifestyle is void of fulfillment.

Those who have wedded their consciences to their paychecks will blame all of this on social bigotry, of course—the hidebound refusal of reactionaries to accept homosexuality as a normative practice. Everything would be fine if only the last remnants of the old guard would just agree that, despite all evidence to the contrary, homosexuality is really just another kind of love.

Consider, though, that the very premise of this argument is tautological. It is assumed that all people have the right to determine their own identity, from the color of their shoelaces to their sexual practices. Those who do not accept this lifestyle choice, the reasoning goes, are hampering the fulfillment of sacred, individual desires. (Remember Rachel Dolezal? Or Bradley Manning? Zero-sixteenths Native American Elizabeth Warren? Bruce Jenner? Sybil?) But if your identity truly is ontologically grounded in your sexual activity, then it matters not one whit what anyone else thinks. The liberation that comes with hewing to your true nature should be absolute and inexhaustible, and not contingent upon whether someone applauds you for “coming out.”

But this is precisely not how “coming out” works. The touchiness underlying the militant LGBTQ army’s rodomontade is a product of this gap between acceptance and reality. Acceptance is what is craved, and forcefully demanded. (Try speaking out against homosexuality in public and see how gentle and loving are the responses you receive.) But acceptance can never be enough. The tragically high rate of suicide amongst those with same-sex attractions is due to the difficulties inherent in these disorders. It is not the society around them that harms them most—those who fall into homosexual practices do, by far, the most harm to themselves, and to each other.

And yet, despite these truths, we are continuously bombarded with the message that it is social bigotry that is keeping the LGBTQ subculture from achieving full happiness. But even in the Netherlands, where homosexuality has been openly celebrated since at least 2001, the sadness among those who practice homosexuality stubbornly persists. And one could likely assemble all of those on Manhattan Island with twinging consciences at the mention of sodomy and still not have enough to make bridge, and yet these statistics persist even in the heart of heathen Gotham. Why should this be so?

The reason is that homosexual practices are diametrically opposed to the nature of the human person. A cursory familiarity with human anatomy will be enough to show that men and women are designed to complement one another physically. This much is plain. But this is only the beginning.

Spiritually, intellectually, developmentally, emotionally—the mutual complementarity of the sexes is ingrained in our very beings. That there are two sexes is not an accident, it is a deeply significant, structural component of the created universe. Opposition to this order can never bring abiding happiness. Even if all the world were to cheer at every mention of the word “homosexuality” (and a college campus is an environment wherein this North Korean style of applaud-or-die toadyism has been nearly perfected), it would never assuage the knowledge that the truth lay elsewhere. The applause, in fact, is meant to function much more as a muffler for troubled consciences than as acclamation for having done the right thing. That is precisely why the shouts of adulation can never be loud enough.

The truth is that everyone is designed to love and be loved. There are no exceptions. Those who face hard challenges deserve our full respect. Same-sex attraction is very, very real, and those who struggle with it are heroes given a profoundly difficult Cross to bear. But the lie at the heart of Coming Out Month is that throwing down this Cross and giving into hedonism is the way out of one’s dilemma. Allowing oneself to be defined by mere sexual practice, and then demanding that everyone else do the same, is not only disingenuous, it is also unspeakably cruel.

Even the archliberal Michel Foucault knew that sexual practice qua sexual identity is a Victorian construct. Would that we had even a Foucault among the institutional time-servers in higher ed to leaven the lemming-ism with a smidgen of truth. Courage is not a commodity in particularly high concentration among an institutional bureaucracy, though, so the courage to live authentically—to follow the highest calling of the human heart, holiness—must be sought elsewhere.

Kim Davis’ resistance to state and cultural coercion grow out of well-wrought compromises among conflicting groups. As the forces of sexual libertinism now move into nearly complete possession of most cultural institutions, though, neutrality can never be the final word when so much is at stake, and stands to be lost. And neutrality is most certainly not the rule when it comes to sex and sexuality on college campuses. For all their criticisms of Kim Davis, universities are the ones who practice ongoing, ingrained, institutional bias—bias in favor of the kind of sexual self-destructiveness to which Ms. Davis refused to affix her seal.

Universities actively encourage students to “come out.” But before they do, I hope that confused young people will go out, beyond the echo chamber of the academy, and seek the full truth about sexuality and the human person.