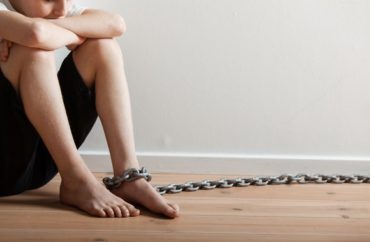 ANALYSIS:‘I feel like I had no one to turn to,’ an isolated student reports

Students across the country are being forced into isolating conditions this fall semester, mirroring the prison-like conditions seen last year as universities returned for in-person learning.

The quarantine measures make even less sense now, because a free and largely effective vaccine has been available to all college-aged students for months now, and many campuses have vaccination rates above 80 percent.

Syracuse University ships students four miles down the road to Onondaga Community College for isolation housing, but it has not informed students that this is where “isolation housing” is located.

Students who are isolated at OCC are only allowed to leave their room to access the communal bathrooms or grab food from the common area on their floor, multiple students said.

No isolating student is allowed to leave their floor, students said. Deliveries that students order are brought up to their floor between certain hours of the day. There is no time for them to go outdoors.

The College Fix reached out to Syracuse spokesperson Jeff Stoecker twice in the past three weeks to ask for confirmation and comment on the campus paper article but did not receive a response.

Students at the University of Pennsylvania fare no better than their Syracuse peers.

“Students who are diagnosed with COVID-19, including those who are fully vaccinated, are required to isolate for at least 10 days,” The Daily Pennsylvanian reported. “With classes primarily being conducted in person this semester, students reported varying degrees of accommodation and a lack of clarity from professors about what accommodations or extensions they were entitled to.”

The paper said some students described the conditions as “demotivating” and “depressing.”

“My perception of time was pretty much non-existent, and I pretty much had no motivation. There was nothing to look forward to in there,” student Joy Onawola told the campus paper.

The College Fix reached out to Stephen MacCarthy, vice president of communications for Penn, twice in the past three weeks to ask for confirmation and comment on the campus paper article, but did not receive a response.

The situation is no better at Loyola University Chicago.

The response to a positive test by a COVID-19 Care Coordinator is prompt. In about half an hour, the student receives and communicates their results, packs a bag to move and walks to St. Louis Hall…their home for at least the next ten days. If symptoms last longer than 10 days, then the official policy is to be released 24 hours after the end of the student’s fever as long as other symptoms are improving.

Students described it as “chaotic” and disorganized. The daily food drop occurs around 1 pm, meaning students who are admitted after that time are left without food. Others were left without clean linens.

“I felt like I had no one to turn to,” one student said. “I felt like no one knew what they were doing.”

The College Fix reached out to the general media relations email for Loyola twice in the past two weeks to ask for confirmation and comment on the campus paper article but did not receive a response.

In a positive step, the university said it tried to improve the food situation and fixed other problems.