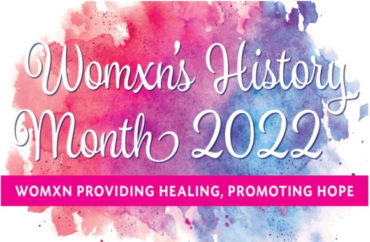 Campuses have scheduled a variety of “Womxn’s History Month” activities for the coming weeks to be inclusive to transgender women — or biological men who identify as women.

Gone are the days when Women’s History Month exclusively celebrated those born with an XX pair of sex chromosomes and all that comes with it.

This month, Northwest Missouri State University will commemorate “Womxn History Month” with poets, a film screening and a wellness session. University of Wisconsin Oshkosh is slated to host a “Womxn Leading UWO Conference.”

Cal State University San Bernardino touted that it will celebrate “Womxn’s History Month” by putting on a “Meeting at the Intersections: What’s HERstory?” intersectionality conference.

“The term ‘womxn’ is used as an objection to the patriarchal idea that womxn are an extension to men and the inclusion of all womxn go beyond just cis-women,” notes CSUSB’s website.

Rider University, in plugging its “Womxn’s History Month” programming, explains on its website that spelling it “womxn is used to respect the dynamic and fluid nature of gender identity and expression and to be inclusive of all people who identify as women.”

The New Jersey university is scheduled to host, among other events, a presentation that “interrogates Black womxn’s existence in R&B and Hip Hop music” and a reception honoring “womxn student athletes.”

Even California Lutheran University, whose students represent a wide variety of faiths, is getting in on the action. It will throw a “Womxn’s History Month Luncheon” on March 29.

Not everyone has gotten on the bandwagon, however. DeAnza College noted in 2021 that it debated using “women, womyn, womxn” and settled on “women.” Apparently the “x” can be triggering to women without vaginas.

“For many marginalized communities, the ‘x’ merely serves as a reminder of their marginalization. Recently, it has come to our attention that members of the trans and non-binary community who identify as women may still feel excluded by the term ‘womxn,'” the college’s website states.

“Therefore, moving forward, we … will use the traditional spelling of ‘women’ so as to not cause further harm to our trans and non-binary sisters. We also want to be clear that when we refer to ‘women’ we include all those who identify as women.”

The trend to use the term “womxn” has also received pushback from those — including some progressive feminists — who argue that it essentially prioritizes males over females and erases women — the exact opposite of what the feminist movement fought so hard for.

But those voices are often not touted on today’s college campuses.

“A meaningful feminism would promote the dignity of women and recognize that the word ‘woman’ connotes a reality that transcends—but isn’t separate from—a female reproductive system. The word should remain part of our language, and hold its original meaning,” argued writer Nicole Ault in an Oct. 2021 op-ed in The Wall Street Journal.

“These progressive word games are intended to acknowledge that people who don’t identify as women can get pregnant. But it is no disrespect or lack of compassion to acknowledge reality: Biological sex is real,” she wrote.

“…If we erase sex-specific words from our language, we erase, too, what it means to be a man or a woman. Where does it stop?”