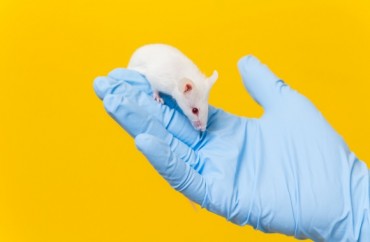 At least two universities have purchased aborted body parts for “research” that includes injecting mice with fetal tissue to “humanize” them, according to invoices and publications of studies that have garnered scrutiny in the wake of an undercover probe into Planned Parenthood.

The two universities – University of Massachusetts and University of Wisconsin – are among at least 11 universities in total that have purchased aborted body parts for various “research,” according to videos and purchase orders that have come to light recently as a result of the Center for Medical Progress’ probe into the abortion provider’s practices.

Humanized mice allow “tissue and cells harvested from aborted babies to be grown in the mice so that researchers can obtain more human-like responses especially when testing new pharmaceuticals or commercial products,” Operation Rescue explained.

Similar studies were conducted at the University of Wisconsin. Media Trackers reports:

Dr. Shannon Kenney and a team made up of mostly UW researchers published a report in 2012 outlining the results of multiple experiments in which human liver and thymus tissue obtained from fetuses between 17 weeks and 20 weeks old were implanted into mice. The human fetal tissue came from ABR in California, the report notes:

The report was titled “An EBV Mutant with Enhanced BZLF1 Expression Causes Lymphomas with Abortive Lytic EBV Infection in Humanized Mouse Model,” and was published in the Journal of Virology.

“Just a few years ago the thought of aborting babies, selling their cadavers, and growing their parts in mice would have sounded like some kind of science fiction horror novel,” stated Operation Rescue President Troy Newman.

Earlier this month, CNSNews also reported that the U.S. government made “humanized” mice with tissue from babies 17- to 22-weeks in gestational age in an effort to study new ideas for vaccines and therapies.

So far, the University of Wisconsin and University of Massachusetts are the only two universities found to have used fetal tissue to create humanized mice.

However, several other universities have used aborted baby parts for other types of research.

Holly O’Donnell, a fetal tissue buyer for biotech firm StemExpress, named Johns Hopkins, Stanford and Berkeley specifically as buyers in an interview with the Center for Medical Progress. That video exposes Planned Parenthood’s practice of selling aborted babies’ fetal tissue and body parts to biotech companies, such as StemExpress and Advanced Bioscience Resources, who then supply them to universities.

Center for Medical Progress also linked to numerous purchase reports from both StemExpress and Advanced Bioscience Resources on its website.

Despite the videos and purchase orders, Planned Parenthood officials continue to insist they simply donate fetal tissue for medical research and only charge money for transportation and other overhead costs. Some in the organization have even suggested that tissue donation benefits mothers who choose to abort their babies.

“The opportunity to donate fetal tissue has been a source of comfort for many women who have chosen to donate,” stated Dawn Laguens, executive vice president of Planned Parenthood.

“Its importance to researchers today has not diminished and it is still essential to ensuring that cells and tissues created from stem cells are correct,” Klein continued.

Officials at Johns Hopkins and Stanford did not respond to inquiries from The Fix regarding their purchase of aborted babies’ body parts.

But Media Trackers reports that while “lawmakers in Wisconsin are considering legislation that would ban the use of fetal tissue acquired through an abortion in medical and scientific experiments … University of Wisconsin officials oppose the plan, saying it will shut down revenue-generating research involving fetal tissue.”