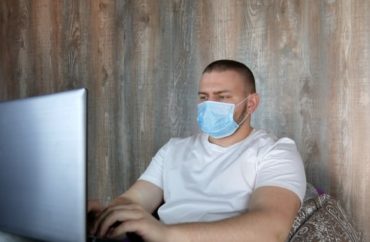 The University of North Georgia amended its coronavirus reporting form after a public interest law firm raised constitutional concerns about the system.

In mid-July, the university had promoted a “Covid-19 Concern form” to the campus community, encouraging faculty, staff and students to report any suspicious symptoms of people they observed.

In response, on July 27, the Southeastern Legal Foundation sent a letter to the public university arguing that its coronavirus concern form could violate students’ First and Fourth Amendment rights.

The original form had asked university community members to report other people they believe may have symptoms of coronavirus. The vagueness of the form could “chill” speech, the foundation had argued in its letter.

The first version of the reporting form also raised concerns for the Southeastern Legal Foundation because it asked students to report on other people, but did not provide clear information on how the university would utilize that information, according to the July 27 letter to the university.

The foundation warned the university that the form “not only has the potential to violate students’ rights to privacy, but could also be unconstitutionally vague and a means to censor free speech.”

It pointed out that students could weaponize the form against events or groups they do not like. It also said that because cancel culture is prevalent on so many campuses, the concern form raises First Amendment issues.

MORE: University of Georgia mandates mask usage at all 26 campuses

“With a Concern Form at students’ fingertips, students wishing to prevent a controversial speaker from visiting campus or to stop a student organization from garnering interest in their cause can simply report members of that organization as symptomatic,” the foundation’s letter stated.

The group further warned that the university could not force students to swab their mouth for a coronavirus test because “under the Fourth Amendment, individuals cannot be subject to unreasonable searches and seizures,” and asked how the university planned to follow up with students accused of having the coronavirus.

It also raised concerns about a demand of the form that students submit photos or videos of the allegedly sick student.

In an Aug. 4 statement to The College Fix, the University of North Georgia appeared to first deny that its concern form had any constitutional issues.

Kate Maine, vice president of university relations, told The College Fix via email that the University of North Georgia “created a form where individuals can voluntarily report positive COVID-19 test results. This form will be used as a way to help UNG provide resources and assist students and employees with this health crisis and will not be used to improperly violate anyone’s privacy or stifle speech.”

However, around the same time, university leaders “altered the Concern Form to identify how it intends to use the information, changed the name of the form, and moved the location of the form,” according to an email to The College Fix from Kimberly Hermann, the foundation’s counsel and the author of the original letter.

The original reporting form said it was meant to “report concerns about other UNG community members” who could be at risk for having or contracting coronavirus.

The amended form said it is meant to “provide a mechanism for UNG community members to self-report positive COVID diagnosis” or possible contraction of the disease.

In an August 5 letter to UNG, the Southeastern Legal Foundation told the university “clarification regarding how UNG could use the information was needed and we are hopeful that it means that UNG will not impose unconstitutional consequences or conduct unconstitutional investigations after receiving a report.”

“It is imperative that the Concern Report not be used as a vehicle to further expand the ‘cancel culture’ that has taken over our great nation and is no doubt in full force on our country’s college campuses,” the group wrote.

“Most importantly, as students return to campus, we trust that UNG will enforce its COVID policy in a constitutional manner and do everything it can to protect its students’ constitutional rights.”

Kimberly Hermann told The College Fix that it is reviewing the policies of other colleges and plan to alert them to unconstitutional concerns.