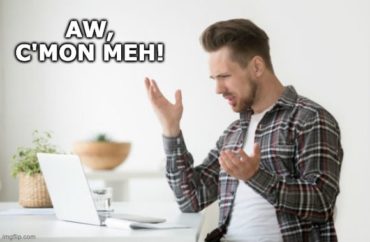 A British university’s “inclusive language guidance” document recommends using the phrase “winter closure period” in place of “Christmas closure period” because the latter is … “too Christian-centric.”

It also recommends not asking people about their “Christian name.”

According to the Daily Mail, the Brighton University language guide, developed by staff and students, “is part of [a] shared commitment to making Brighton a place where everyone feels respected and valued.”

“[The guide] actively aims to promote and maintain an inclusive and diverse academic community in which students and staff are free from bullying, harassment and victimisation [and] to empower staff to use inclusive language confidently and effectively, in order to ensure that both students and staff alike feel safe, valued and respected,” it reads.

The guide also says that “prevailing attitudes, misconceptions and stereotypes are embedded within modes of communication,” and ‘this means that communication – both oral and written – may be offensive even when this is not our intention.”

Although last updated in March of this year, the guide has come under recent scrutiny due to the holiday aspect.

A university spokesperson emphasized that the guide is just that — guidance. “Words are not ‘banned’ at Brighton, and neither is Christmas – as is clear from the decorations and Christmas trees in our buildings and across our campuses,” the spokesperson said.

Other recommendations in the guide include:

— Avoid terms such as “crazy,” “mad” and “insane” as these “trivialize mental health issues.”

— Instead of “non-white” use “people of color” or “minoritised communities.”

— Avoid “outmoded descriptors” such as “Third World” or “developing.”

— With regards to relationships, avoid gendered language such as “mother,” “father,” “brother” and “sister.”

— Don’t say “ladies and gentlemen” because it denotes a gender binary.

— “Avoid using language that suggests that sexual orientation is a choice.”

The Freedom Association’s Andrew Allison told the Daily Mail that all this “is Orwellian and ridiculous. Staff and students ought to ignore it and have a good Christmas.”

MORE: 88% of college students say it’s NOT offensive to wish ‘Merry Christmas’ to a stranger