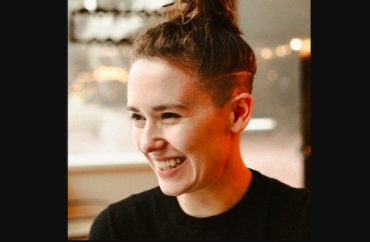 A university researcher claims the failure to seek consent by various Shakespeare characters could be “triggering” for audiences and for the actresses “playing coerced female characters.”

As such, University of Roehampton Fellow Hailey Bachrach (right), founder of the Shakespeare and Consent Project, said actors who portray characters such as Henry V and Richard III “should be schooled in sexual ethics,” The Telegraph reports.

“If Shakespeare is being more regressive and less careful about consent than other writers, that is very interesting to know,” Bachrach said. “It can make Shakespeare problematic. No matter what Shakespeare intended, it is experienced by modern actors and modern audiences. It could potentially be triggering.”

Bachrach, a “dramaturg and writer” who looks at Shakespeare through a “feminist lens,” said actors should seek an interpretation of a Shakespeare’s play they’re “comfortable” with.

She also sees the consent issue as one related to labor: Women are “doubly disempowered” since their roles in the English playwright’s works are smaller and played by younger actresses.

Ms Bachrach believes that Shakespeare does not dwell on scenes where sexual or marital consent would usually be given or refused, unlike contemporaries such as Thomas Middleton and John Ford, who used rape and coercion as key plot points in works including Hengist, King of Kent and The Broken Heart.

Ms Bachrach said of Shakespeare’s history plays: “Women in those plays basically never actually got to consent to sex or marriage, it just happened, despite the fact that often they’d repeatedly said no.”

[Bachrach’s] 3 year project […] ultimately aims to develop a workshop which collaborates with performers, such as those at the Royal Shakespeare Company and The Globe, on how best to explicitly highlight rather than ignore moments where consent is not given.

These include the final scene in Henry V, often staged as a flirtatious encounter between the English king and the French Princess Katherine, but a scene in which it is claimed “Princess Katherine says everything but an actual yes”.

There’s also the nun Isabella in “Measure for Measure” who “isn’t given the chance to respond” to a marriage offer before play’s end, and Titania having relations under the influence of drugs in “A Midsummer Night’s Dream.”