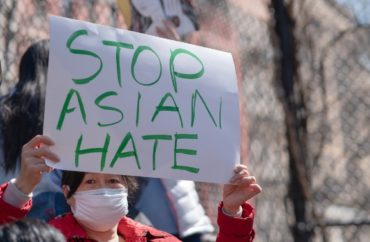 University researcher provided the number after The Fix asked

California State University San Bernadino’s extremism research center published its latest report on hate crimes allegations, but it did not include the race or ethnicity of offenders.

However, a researcher on the project said that the primary suspected perpetrators in New York, which drove the increase in hate crimes, are black or Latino.

“The 2020 anti-Asian hate crime numbers in New York with respect to perpetrators are roughly in line with the overall arrestee/suspect ratios for 2020,” Professor Brian Levin, director of the Center for the Study of Hate & Extremism, told The College Fix via email.

He said the breakdown for crime in the city is “about 80% Black and Latino for all crime, and around 90% for hate crime.”

Levin said that “with very small suspect/arrestee numbers these variances can be impacted by even an anomalous single incident.”

The latest report on “Anti-Asian Prejudice and Hate Crime” looked at data for the first three months of 2021.

The report found a 223 percent increase in hate crimes against Asian-Americans in New York City and 164 percent across major cities and one populous county in Texas, compared to January through March 2020.

The 42 hate crimes for January through March in New York City accounted for 45 percent of all hate crimes against Asian-Americans in the major cities studied.

Left out also of the report is the fact that only one person in the first three months of 2021 has been charged with a hate crime against an Asian-American — and the suspect is Asian.

“The only anti-Asian hate crime charged from NYC that I am aware of was an Asian on Asian hate crime that revolved around a dispute about Communism,” Levin told The Fix.

“We always try to get the most complete data sets on these variables,” Levin said. “Unfortunately, especially with preliminary police data, it often takes time and multiple requests just to get the data we have.”

The College Fix asked Levin why the report did not include the race of the alleged perpetrators.

He said the researchers “generally don’t publish data sets for our national report unless we can replicate it.” Levin said he could provide further documentation and analysis if he had more time, but did not respond to a follow-up request sent on May 13.

The New York City hate crime page includes a number of single-tabbed Excel sheets with minimal information, such as the precinct of the report and what type of crime, generally, was committed. Its 2020 annual report lists only the precinct, the number of complaints and the number of arrests.

The Fix reached out to New York City’s task force for more information of the ethnicities of their hate crimes’ perpetrators twice via email, but received no response.

Levin’s findings were similar for 2020.

When asked about the backgrounds of perpetrators by VOA News, the New York Police Department said it could not confirm the statistics on it.

But the leader of the Asian hate crime task force, Stewart Loo, despite saying he could not confirm the statistics, said “they are often misleading.”

In explaining why black people were being arrested at high rates for hate crimes against Asian-Americans, one professor offered the theory that they were modeling themselves after white people.

Northeastern University sociologist Jack McDevitt told VOA News that “other communities have modeled their attacks on what we white folks have been doing for a long time now.”