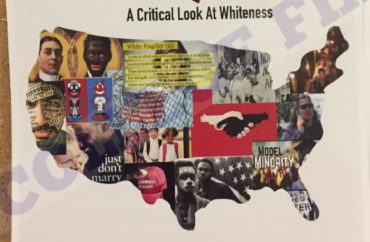 SAN MARCOS, Calif. — The Christian cartoon “VeggieTales” is racist because the villains are vegetables of color. The NFL is racist since most players are black and most coaches and owners are white. White women advance white supremacy when they support President Donald Trump.

These are some of the arguments made by students at a “Whiteness Forum” held at Cal State San Marcos on Thursday that aimed to take a “critical look at whiteness,” according to organizers.

The two-hour event took place in a large multipurpose room, with more than a dozen poster board projects lined up in a circle around the room for viewers to review.

The forum is a result of Professor Dreama Moon’s Communications 454 class titled “The Communication of Whiteness,” with the annual event serving as a showcase of students’ final projects for the class. 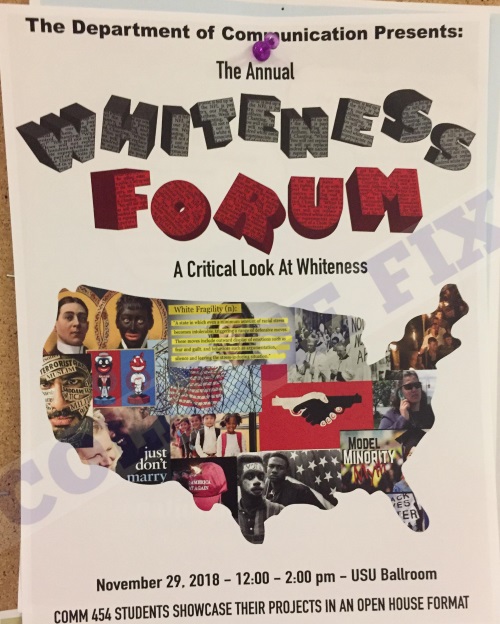 Walking into the room, a large digital overhead screen read “The Annual Whiteness Forum,” and at each station students stood by their projects to talk about their whiteness studies.

One project argued the NFL is to blame for its role in white supremacy, as most football players are black, yet most coaches, who many times were previous players, are white. It also noted that an even higher majority of team owners are white.

Another project suggested that the children’s Christian television show, “VeggieTales,” perpetuates racial stereotypes. A female student who worked on the project said in an interview that the accents of the evil characters tend to sound ethnic, such as Latino, while the good characters sound white. 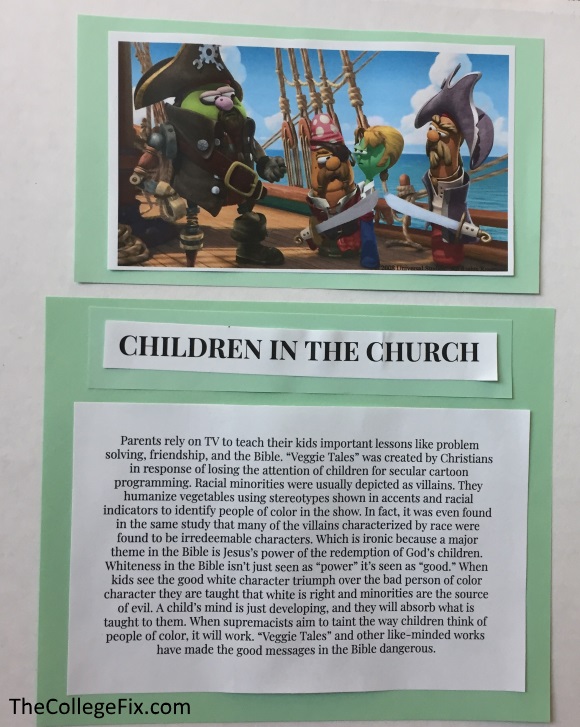 “When kids see the good white character triumph over the bad person of color character they are taught that white is right and minorities are the source of evil,” the project stated.

Still another student project stated that white supremacy is caused in part by the media, since white shooters are simply called shooters on the news, yet minority shooters are often called terrorists.

And a flier handed out with the “White Women’s Role in White Supremacy” project shows a picture of women supporting President Trump flanked by pictures of women in the KKK.

As the afternoon event unfolded at the public university, several hundred people — mostly students — came into the room and viewed all of the different presentations.

Some students were also offered extra credit by other professors to attend the Whiteness Forum, such as Professor Gloria Pindi, who teaches critical intercultural communications and women and gender studies at the university. 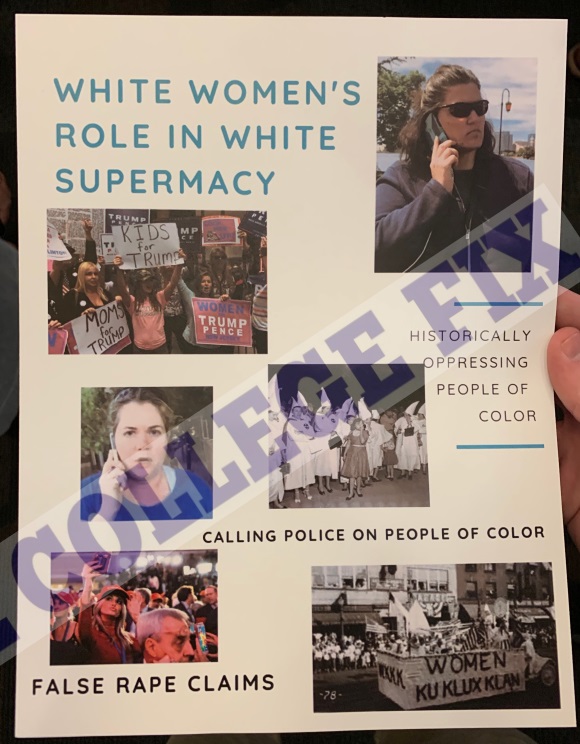 A student in Pindi’s class who attended the event for the extra credit also told The College Fix that he felt the forum accomplished just the opposite of promoting the notion of equality for all.

“I feel like the university system [leaders] are a bunch of hypocrites, they’re talking about stopping racism and promoting equality for all, yet they have no problem bashing white people,” the student said, adding he is half-Mexican.

“They’re trying to make people feel guilty for being white.”