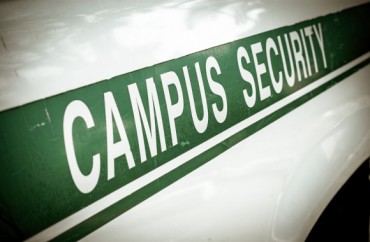 The University of Iowa put a trigger warning on a campus crime alert informing students about a man filming a female student taking a shower.

The alert, emailed to the campus community Tuesday, starts off with:

Trigger Warning: This warning addresses a report of sexual misconduct. Resources are available on and off campus to provide assistance. Contact RVAP for 24/7 support at (319) 335-6000 or at http://rvap.uiowa.edu/.

That according to The Tab, which republished the emailed alert to the campus community. showering in the womens shower room,” the alert states. The man escaped after some sort of tussle with a campus officer and remains at large, the alert adds, calling it an “active investigation.”

The alert did not include a description of the suspect, but a report published Tuesday in the campus newspaper The Daily Iowan included an image of the alleged perpetrator showing it is a black male in a hoodie and asking the campus community to help officers identify him.

Meanwhile, The Tab questions why the use of a trigger warning was necessary:

While I’m confused that it took the police over half a day to alert the students to a crime, what’s even more baffling is their decision to begin a campus-wide communique about an important active investigation with a phrase whose linguistic purpose is to stop certain people reading. Specifically – to stop people reading who might be offended or traumatized by sexual misconduct, who you’d think would want to be particularly alert about this sort of thing.

If there was a miscreant with an iPhone skulking around my campus trying to perve on unsuspecting freshmen, I’d want to know about it. I’d want to know my campus police force are working to keep me physically safe – not warning me off important information for fear of offending me.

Read the full report in The Daily Iowan.

Read the full report in The Tab.