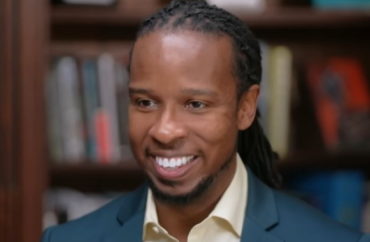 Prominent antiracist theorist and Boston University Professor Ibram X. Kendi was paid $35,000 by the University of Illinois Urbana-Champaign for a 60-minute question and answer session on October 6.

That equates to roughly $583 per minute for the “Keynote Conversation with Dr. Ibram X. Kendi” hosted at the public university.

A copy of the contract, provided to The College Fix upon request by the school’s media affairs division, shows the deal also funded up to $10,000 in travel expenses, including a first-class airline ticket, hotel accommodations, and travel to and from the event.

It appears Kendi’s fee has risen alongside inflation. The University of Virginia in 2021 paid the scholar $32,500, or approximately $541.67 per minute, for his one-hour online appearance that year.

Kendi’s UICI appearance was the keynote aspect of “The Chancellor’s Call to Action to Address Racism & Social Injustice Research Symposium.” The event was part of a larger program at the university addressing those topics.

The program “is a commitment by our university to put the need to address systemic racism and generationally embedded racial disparity into concrete action,” its website states.

It was created in July 2020, in the wake of George Floyd’s death, when UIUC Chancellor Robert Jones announced a $2 million annual commitment to fund the program, according to officials.

Currently the public university is applying an additional $2 million during the 2022-23 school year on another round of critical race theory research, with topics such as “systemic racism and social justice, “law enforcement and criminal justice reform” and disparities in health and health care,” its website states.

Sean Garrick, University of Illinois’ vice chancellor for diversity, equity and inclusion, said Kendi’s appearance was meant in part to help highlight the 22 critical race theory research projects on display as part of the two-day symposium.

“My hope is that Dr. Kendi attracts a wide audience who are there the next day, to see the work that our community has invested in having done and to hear the outcomes of some of that work,” said Garrick, according to the campus newspaper the Daily Illini.

A video of the keynote Q&A has not been published by the public university. The contract states the event was not allowed to be recorded unless Kendi gave his permission.

According to the Daily Illini, Kendi said there is a lack of understanding about racism.

“How could a person even begin to identify their ideas as racist, policies that they support as racist or even the ways in which they’ve been racist, if they don’t have a working definition of that term?” Kendi said, eliciting a giggle from the audience, the student newspaper reported.

However, when Kendi himself was asked to define racism at the 2019 “Aspen Ideas Festival,” his answer made headlines, criticized as being incredibly vague: “I would define it as a collection of racist policies, that lead to racial inequity, that are substantiated by racist ideas.”

As for Kendi’s speaking fees, he has likely made $300,000 over the past several years from his series of one-hour appearances, based on data obtained by The College Fix. 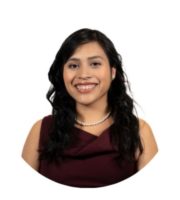