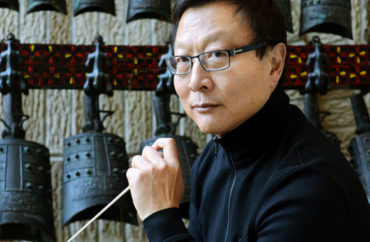 Professor remains out of the classroom for the semester

The University of Michigan said it will not formally investigate Professor Bright Sheng for showing a 1965 movie that contained a white actor wearing makeup to have a darker skin tone.

University officials were “considering opening a formal investigation into Professor Sheng for his classroom showing of Othello,” but they have “determined that it will not do so after reviewing the complaints against him,” according to a free-speech group.

“While it remains discouraging that Sheng has ‘stepped away’ from teaching this semester, Michigan’s decision not to launch a formal investigation into a professor’s course content was the right one to make,” the Foundation for Individual Rights in Education said in an October 19 update. It spoke to Sheng’s attorney who confirmed there would not be a formal investigation

“Such investigations produce profound chilling effects inimical to a university’s role as a marketplace of ideas,” the civil liberties nonprofit said. “FIRE hopes that this controversy over Sheng’s protected expression will signal to Michigan faculty and administrators that it’s time for the university to make a serious effort to protect and defend faculty members’ First Amendment rights and academic freedom.”

.@UMich Prof. Bright Sheng became a renowned pianist despite his family piano being taken from his home during Mao’s Cultural Revolution.

Now, his career could be derailed once again because he screened an Oscar-nominated version of “Othello” in class.https://t.co/Mbba9tSxxY

The university began its investigation of Sheng after he showed a 1965 movie version of Shakespeare’s play Othello. He apologized after several students complained about one actor’s use of blackface. The public university removed teaching assignments from Sheng for the semester.

The socialist student group at the University of Michigan blamed conservatives for his removal.

Read more about the controversy.