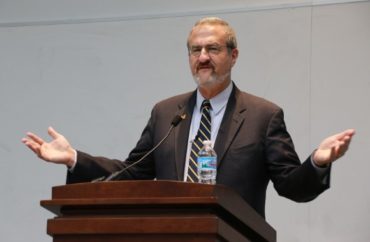 ‘You can give me a private briefing,’ president told employee

The University of Michigan Board of Regents announced Saturday that they have terminated the employment of President Mark Schlissel “with cause” effective immediately.

On December 8, the board received an anonymous tip that Schlissel had been “involved in an inappropriate relationship” with an employee of the university, according to a statement emailed to the campus community Saturday evening.

“After an investigation, we learned that Dr. Schlissel, over a period of years, used his University email account to communicate with that subordinate in a manner inconsistent with the dignity and reputation of the University,” the statement read.

To maintain transparency, the board published 118 pages of messages between Schlissel and the subordinate, whose name was redacted from the documents.

The communications include an article titled “Sexual Fantasies of Everyday New Yorkers,” numerous receipts from trips and meals, and other suggestive comments.

A letter from the board to Schlissel informing him of his termination focused on sexually suggestive or otherwise inappropriate comments the university president made via email.

Among the communications highlighted by the board’s Jan 15. termination letter to Schlissel:

On July I, 2021, you exchanged emails with the subordinate using your University of Michigan email. In this exchange, she states that her “heart hurts” to which you respond “i know. mine too.”

You state that “this is my fault” and that you are “in pain too.” You finish with “I still wish I were strong enough to find a way.”

On January 9, 2021, you responded to an email from the subordinate’s official University of Michigan email address. In her email, the subordinate had said “Oh yes!” In your response you wrote: “Love it when you say that.”

On December 3, 2021, you responded to the subordinate regarding the Big Ten Championship “President’s Suite briefing Info” stating that “You can give me a private briefing.”

The letter argues that “your conduct as summarized above is particularly egregious considering your knowledge of and involvement in addressing incidents of harassment by University of Michigan personnel, and your declared commitment to work to ‘free’ the University community of sexual harassment or other improper conduct.”

The board pointed out Schlissel had previously addressed the campus community to stress the importance of “diminishing sexual harassment and misconduct” and his desire to ensure a “culture that does not accept misconduct or harassment at any level.”

In particular the board’s letter mentions the termination of former Provost Martin Philbert in 2020 for a history of campus sexual misconduct.

Schlissel’s initial five-year contract extension was set to expire in 2024, while Schlissel himself had planned to step down in 2023. Instead he is being immediately replaced by Mary Sue Coleman as interim president, the board announced. Coleman previously served as president of the University of Michigan between 2002 and 2014.

The board stated that “as has been previously communicated, we already had planned to start the search for the next President in the coming year and that process has now been accelerated.”

In her statement on her interim appointment, Coleman said that “while saddened by the circumstances, I am honored to be asked to again serve the University of Michigan.”

Schlissel’s dismissal has been largely met with approval by students. The Michigan Daily reported that over 100 students gathered in front of Schlissel’s house on Saturday night in celebration of his termination. Most students commented that they were more concerned with Schlissel’s handling of issues besides the alleged affair.

Dozens of protesters camped outside of Schlissel’s campus house in October to raise awareness for what they perceive as a lack of acknowledgment of thousands of claims of sexual abuse levied against former university physician Dr. Robert Anderson. Anderson died in 2008.

Schlissel was also the first University of Michigan president to have had a successful vote of no confidence passed against him by the faculty senate in September 2020.

Schlissel has not yet released a statement regarding his termination. He is married to Monica Schlissel, a respected environmental and energy lawyer.

Schlissel’s tenure as president has been marred by criticism as well.

Student activists have also targeted Schlissel for his refusal to immediately move toward total carbon neutrality, the disciplining of a professor in 2018 for refusing to write a letter for a student who wished to study abroad in Israel, and his strategy to reopen the University of Michigan campus in 2020 despite the Covid-19 pandemic. 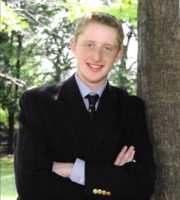