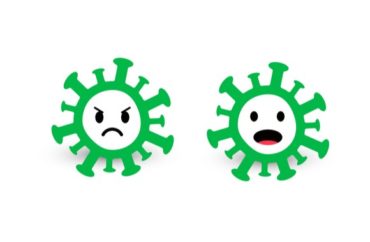 Counts on credulous journalists to not look too deeply

If you want accurate information about current research into COVID-19, the disease caused by the novel coronavirus, don’t go to the University of Minnesota’s Center for Infectious Disease Research and Policy.

The center, part of the Office of the Vice President for Research, proclaimed in the headline of a lengthy blog post that a new COVID-19 study by Imperial College London researchers had estimated a “fatality rate” of 1.4 percent “based on all available data on deaths in and outside of China.” (The second paragraph got more specific, noting that’s the “case fatality rate.”)

In the fifteenth paragraph out of 23, the center first mentions a giant caveat that renders its headline and lede deeply misleading at best: The rate falls by more than half when factoring in “undiagnosed cases” (0.66 percent).

CFR depends on confirmed cases, which are highly dependent on both who gets tested and how you define “confirmed.” Another research team out of the University of Hong Kong questioned China’s early figures for COVID-19 infections because the government “set a high bar for what constituted a confirmed case,” leaving out “mild and asymptomatic cases,” according to a New York Times report today.

MORE: A tenth as deadly as the flu? Stanford Med professors look at the data

Here’s how the Imperial College London paper, published Monday in The Lancet, explains the distinction:

Our estimate of an infection fatality ratio of 0·66% in China was informed by PCR [virus] testing of international Wuhan residents returning on repatriation flights. This value was consistent with the infection fatality ratio observed in passengers on the Diamond Princess cruise ship up to March 5, 2020, although it is slightly above the upper 95% confidence limit of the age-adjusted infection fatality ratio observed by March 25 (of 712 confirmed cases, 601 have been discharged, ten have died, and 11 remain in a critical condition). This difference might be due to repatriation flight data slightly underestimating milder infections, or due to cruise passengers having better outcomes because of a potentially higher-than-average quality of health care. [emphasis added]

Lisa Schnirring, news editor for the the taxpayer-funded university’s research center, knows that the takeaway for every journalist reading her blog post is the 1.4 percent figure, which would make COVID-19 more than 10 times as deadly as the seasonal flu.

The veteran “medical editor and writer” also knows her media audience is unlikely to distinguish between case fatality rate and infection fatality rate (to say nothing of her even more misleading headline), so she leads with the more alarmist and squishy figure, which is subject to ascertainment bias.

Stanford School of Medicine professors have estimated an even lower infection fatality rate in the United States – 0.01 percent, just a tenth of the seasonal flu’s toll – and warned that elected officials’ severe crackdowns on American life may be worse for public health than the virus itself.

MORE: Stanford epidemiologist warns crackdown is based on bad data