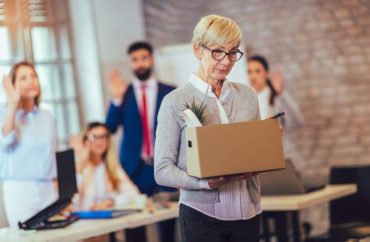 Gender pronouns have flummoxed the University of Minnesota for more than a year.

A draft policy released in summer 2018 stated that “university members and units are expected to use the names, gender identities and pronouns specified to them by university members, except as legally required.” The Star Tribune said failure to comply could get a person punished, “up to firing or expulsion.”

Sanctions were removed from the proposal early this year, following massive negative feedback, and faculty approved the relaxed language.

The taxpayer-funded university is now on the cusp of approving the “Gender Identity, Gender Expression, Names and Pronouns” policy, and the language is … the same.

More worrisome for those who care about academic freedom and the First Amendment, the FAQ document for the policy makes clear that sanctions are on the table for conscientious objectors to the new regime.

Comments are due Monday if you want to have your say:

The FAQ document puts the onus of learning this information about “colleagues, classmates, and peers” on everyone, but it particularly focuses on administrative leaders and faculty:

When welcoming new employees, students, or guests to a meeting, class, etc., you can say, “Hello, my name is [insert name] and my pronouns are [insert pronouns]. Please introduce yourselves by sharing your name and pronouns if you are comfortable doing so.”

When introducing yourself, you can say, “Hi my name is [insert name] and my pronouns are [insert pronouns]. May I ask what your pronouns are, if you use them?”

Yet the FAQ also opens a minefield for community members when it comes to keeping track of even one person’s various identities. It instructs them to “not limit an individual’s choice of pronouns or require an individual to share their pronouns.”

That means that failure to remember many pronouns for a given student in an undergraduate body of nearly 35,000, or that the student doesn’t use pronouns, could trigger an unspecified university response. The only nonstandard pronoun the policy lists is “They/them/theirs.”

But a guide promoted by the University of Wisconsin-Milwaukee includes many more: “(f)ae,” e/ey, per, ve, xe and ze/zie. And those are just the analogs for “he” and “she.” UMinn also reminds community members to remember the nonstandard title “Mx.” (no pronunciation given).

The point of the policy is to make explicit “the University’s commitment to non-discriminatory programs, activities and facilities and promotes a respectful University community free from discrimination based on gender identity or expression.”

It dubiously claims: “This policy is designed, and will be implemented, to uphold free speech and academic freedom principles.”

That is directly contradicted by FAQ No. 19: “I keep forgetting to use the pronouns of my colleague/peer. Is my conduct discrimination or harassment? Will I be disciplined?”

Unintentional and occasional misuse of a pronoun will not constitute discrimination on the basis of gender identity or gender expression and will not result in discipline. However, malicious and repeated misuse of pronouns that is intended to degrade or humiliate someone could, depending on the circumstances, constitute discrimination or harassment based on gender identity or gender expression in violation of Board of Regents Equity, Diversity, Equal Opportunity and Affirmative Action Policy. Violations may occur when conduct based on gender identity or expression: (1) is unwelcome; (2) is severe, persistent, or pervasive; and (3) unreasonably interferes with an individual’s employment or educational performance or creates a work or educational environment that the individual finds, and that a reasonable person would find, to be intimidating, hostile, or offensive.

Violations of Board of Regents Policy: Equity, Diversity, Equal Opportunity and Affirmative Action could result in discipline.

The policy is out of alignment with the Supreme Court’s definition of peer-on-peer harassment in educational settings, known as the Davis standard (“severe, pervasive and objectively offensive”).

FAQ No. 20 makes no attempt to reconcile itself with No. 19: “Does the expectation that I use individuals’ specified pronouns infringe on my right to free speech?”

Nothing in this policy is designed to, nor will be interpreted to, interfere with principles of academic freedom or free speech. The goal of the policy is to educate and inspire our community members to conduct themselves in a respectful manner.

Whether the university punishes a conscientious objector, such as a person who adheres to the science of human sexuality, might boil down to the qualifiers: “malicious” and “intended to degrade or humiliate.” But the three-point test for violations appears to grant little leeway for conscientious objection to forced use of nonstandard pronouns and non-biological gender identities.

The policy and FAQ have many more elements. You have three days to read and comment on them.