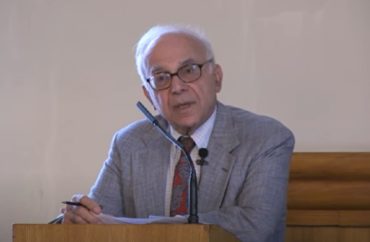 The University of Nebraska’s flagship campus in Lincoln discriminated against a Christian student group when it denied $1,500 in student activity funds, according to a recently filed federal lawsuit.

Ratio Christi, represented by Alliance Defending Freedom, filed the lawsuit on October 27 against UNL after its student activity board declined to fund an invited campus speaker.

The lawsuit is still pending as of November 15, according to a text message to The College Fix from an ADF spokesperson.

The students wanted $1,500 to bring Professor Robert Audi (above), a Christian philosopher at the University of Notre Dame and former UNL professor, for a talk on atheism and God. Ratio Christi is a Christian apologetics group based primarily on campuses.

Under the policy, student organizations must “provide reasonable political and ideological balance on subjects of politics and government” and “make reasonable attempts to sponsor a different program … which generally represents the opposing part of [the] spectrum of political or ideological ideas,” among other requirements.

The title of the speech by Professor Audi would have been “Is Belief in God Rational Given the Evils of This World? A Christian Philosopher Responds to the Most Popular Argument Against God.”

Ratio Christi told the funding board that Audi would have a question and answer after the lecture where people could ask questions and challenge his positions.

According to the lawsuit, other campus groups have not faced the same scrutiny. The University
Program Council has sponsored talks given by climate change commentator Bill Nye, the ACLU’s Nadine Strossen, and transgender actress Laverne Cox.

Student activity funds are distributed by the student-run University Program Council and approved by the Board of Regents.

Of the $280,000 in student fees the University Program Council receives annually, $10,000 is subject to the allegedly discriminatory policy. It is unclear from the lawsuit whether the political speakers it mentions were paid from this fund or other sources.

The College Fix emailed the UPC multiple times in the past week and a half and asked for comment on the speaker policy and if religious organizations had previously been restricted from obtaining funds.

The Fix received an acknowledgement of the questions on the morning of November 15 but has yet to receive a response.

Ratio Christi has an ally at the highest level of the state.

“I urge University of Nebraska Chancellor Ronnie Green to step in and define policies to end this kind of discrimination and to send a message that all viewpoints, including Christian values, are welcome,” Republican Governor Pete Ricketts said on October 29.

“All viewpoints are welcome at the University of Nebraska-Lincoln. We have had wide a [sic] variety of speakers on our campus, from across the ideological, religious and political spectrum,” Deb Fiddelke, chief spokesperson for the university, said in an email to The Fix.

“These speakers and events are funded by many different sources. The Fund Allocation Committee specifically is a student-led process that oversees $10,000 annually, which is a small portion of the funds available from student fees for events,” she said. “Ratio Christi has been previously funded for speakers and events from other funding sources.”

The Fund Allocation Committee is part of the University Program Council.

The spokesperson did not respond to a follow-up email on November 11 that asked if a university attorney had informed the Fund Allocation Committee that it could have restrictions on viewpoints it funded. The Fix also asked if the spokesperson meant that student-led committees could have different standards for disbursing funds.

Ratio Christi wants the federal court to block enforcement of the balanced speaker policy. The lawsuit also requests that the students’ activity fees do not fund other speakers while the matter is in litigation.

“Public universities should be eager to support an inclusive environment that showcases a variety of viewpoints, not dismiss those with whom the administration disagrees,” ADF attorney Michael Ross said in a statement. “The University of Nebraska–Lincoln has failed to ensure its student organizations are treated fairly and objectively; it turned down Ratio Christi’s reasonable request because of a blatant bias against its particular religious and ideological viewpoint.”

The conservative legal nonprofit recently convinced the University of Houston Clear Lake to grant full club status to its Ratio Christi group, but only after ADF filed a federal lawsuit. 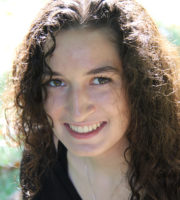 About the Author
Sarah Eckhardt
College Fix contributor Sarah Eckhardt is a student at the University of Wisconsin, Madison studying economics, mathematics, and data science. She is a contributor in the UW student newspaper The Daily Cardinal and has written for the Foundation for Economic Education and the student section of the Wall Street Journal.