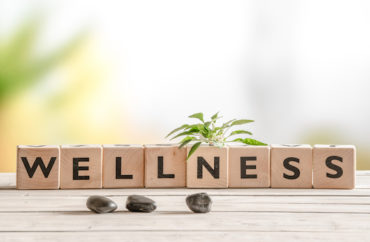 School won’t elaborate on new position, first of its kind in the Ivy League

The University of Pennsylvania recently debuted its first-ever “Chief Wellness Officer,” a new position that is reportedly the first of its kind in the Ivy League. The position was created by the school in April, and will function in addition to the already abundant number of counseling services the school provides.

University of Pennsylvania psychiatry professor Benoit Dubé was named to the post, which was first created by the school in April. Dubé did not respond to several inquiries from The College Fix regarding what specifically his new position would add to the campus despite the many resources already available to students there.

The student newspaper The Daily Pennsylvanian reported that Dubé will lead a new division titled Student Wellness Services in order to increase accessibility to mental health services. The position is also meant to “consolidate and coordinate wellness initiatives across the University.” An April letter from the university’s president, Amy Gutmann, said the position will be “responsible for furthering all aspects of wellness at Penn.”

Student Wellness Services “will work to increase capacity at [Counseling and Psychological Services] and to create ‘phone, video, texting, and app-based technologies’ that will be available to students at all times. Additionally, it will attempt to better distinguish between short-term and long-term care options offered at CAPS, as well as additional wellness options,” The Pennsylvanian reported.

The paper added that a survey administered earlier in the year indicated undergraduate students’ desire for more short-term wellness options, as well as expanded access to walk-in appointments at various departments on campus.

The University of Pennsylvania’s Counseling and Psychology Services failed to respond to multiple requests for comment on the new wellness position.

On its website, the University of Pennsylvania describes its Chief Wellness Officer position as the “first…in the Ivy League.”

Dubé’s faculty page still lists him as an Associate Professor of Psychology. Dubé also holds numerous other titles at the university including Senior Fellow at the Penn Medicine Program for LGBT Health and the Assistant Dean for Diversity and Inclusion at the Perelman School of Medicine. It is unclear whether or not Dubé will forfeit these other titles as he assumes the new position.

Another position titled Chief Wellness Officer was created at Stanford University in 2017. However, Stanford’s hire, Dr. Tait Shanafelt, appears to have completely different responsibilities from Dubé despite the coincidental job title.

In that position, Shanafelt works in part “to relieve some of the burden on physicians by improving efficiency and simplifying workplace systems, such as electronic medical records,” according to the university.