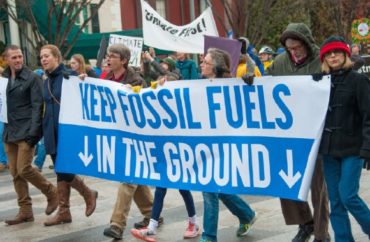 The University of Virginia is considering a plan that would phase out the school’s usage of fossil fuels by the year 2050 and make the college carbon neutral by 2030.

Director of Energy and Utilities Paul Zmick and the university have studied different options through the Energy Working Group on how it can decrease reliance on oil, gas and steam.

“At this point we haven’t made decisions,” Zmick said at a recent meeting, according to The Cavalier Daily. “[W]e’ve just built a decision-making framework or established things to consider and look at and we also calculated what the carbon reduction would look like over time.”

Zmick did say officials had begun the process of making decisions regarding the plan.

The College Fix reached out to Zmick to ask questions about the potential costs of the plan and the suppliers of renewable energy that UVA currently has.

“We are currently developing the costs associated with transitioning off fossil fuels,” Zmick told The Fix on April 4.

“Budgets will be developed once we understand the magnitude of the cost and when the cash flow will be needed,” the energy director told The Fix via email. “Funding will be developed based on the needs of each project.”

The university currently has “a long-term arrangement with [Virginia-based utility company] Dominion for our off-site solar photovoltaic.”

“We are about to issue a Power Purchase Agreement that will allow us to move forward with additional 3-4 megawatts of on-site rooftop solar photovoltaic,” Zmick told The Fix.

The Cavalier Daily reported that there are three possible scenarios the school could include as part of the finalized plan.

One scenario would target the phasing out of all fossil fuels by 2050 and the usage of electricity as a substitute.

“The third scenario is a total electrification, which means that the University would phase out steam by 2040 and replace it with electrical sources — such as solar cells or wind turbines,” The Cavalier Daily report Zmick as saying.

When The Fix asked Zmick about which scenario the university would target for the plan, he expressed the school’s intent to implement the third scenario.

“Ultimately we would like to implement the third scenario … which includes the elimination of steam and all combustion on Grounds,” Zmick said. “We will likely have to move through elements of the first two scenarios to get there.”

An energy consultant and engineer told The College Fix he has concerns about total reliance on solar and wind as energy sources.

“If people want zero emission electricity, what’s happening internationally is a lot of nuclear power plants are being built,” Ronald Stein, an author of books about energy policy and an advisor to the Heartland Institute, told The Fix in a phone interview.

He said a “true environmentalist” should support nuclear power. “That’s the way that foreign countries are going,” Stein told The Fix.

He also questioned the long-term prospects of solar and wind power.

“Both industries are facing a lot of resistance, they take a lot of space, the solar farms and the wind turbines,” Stein told The Fix. “You are going to need a lot of land to generate electricity,” he said. Stein that there has been pushback from locals who say “these turbines create too much noise.”

The University of Virginia’s plan comes after the school administration was met with and continues to face constant pressure from students to make sustainability a priority.

In October 2021, the university’s student council passed a resolution in support of DivestUVA’s mission that called for “transparency regarding the extent of the University’s investments in the fossil fuel industry, and complete divestment from fossil fuels by December 31, 2022.”

The University of Virginia Investment Management Company, the firm responsible for managing the school’s financial interests, announced a commitment to “aligning [its] investment portfolio to net-zero greenhouse emissions by the year 2050, if not sooner.”