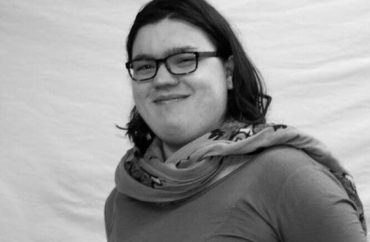 ‘I have freedom of speech,’ church elder Todd Schmidt said following the ban

A Christian activist will have to wait until the end of 2023 to table in the University of Wyoming’s student union due to a one-year ban for referring to a transgender student by name and calling him a “male.”

Todd Schmidt, a Christian activist and an elder of the Laramie Faith Community Church, can no longer set up a table at the public university after he put up a sign that said “God created male and female and Artemis Langford is a male.” Schmidt is still allowed in other areas of campus.

Langford became the first “transgender student” to join a sorority at the Wyoming university after being accepted in the fall 2022 semester, as reported by the campus newspaper the UW Branding Iron, which like Schmidt, used the student’s name. The Cowboy State Daily reported that the sign referred to a transgender sorority member.

In subsequent reporting the campus newspaper blurred Langford’s name from a photo of the display and appeared to remove it from Schmidt’s quote. Langford (pictured) is also a reporter for the Branding Iron. The Fix independently confirmed the student referred to on the blurred out sign is Langford.

The Fix reached out through Schmidt’s church but did not make contact with him in the past week. He told the Branding Iron that his comments should not qualify as harassment.

“I have freedom of speech. I simply said that [Artemis Langford] is a male. Okay. There’s no harassment,” he told the paper. “There’s no bullying. There’s no slander. There’s no threatening in that at all.”

“And for me to simply state that he’s a male, a biological fact. That also violates my freedom of religion,” he said.

University spokesperson Chad Baldwin declined to respond to a request for comment from The Fix on and instead deferred to a statement from the month prior. The Fix asked Baldwin why the university decided to ban Schmidt from tabling and about the First Amendment considerations behind the prohibition.

MORE: Almost 40 percent of student identify as LGBTQ at some colleges

“We have determined that these actions violated the university policy prohibiting discrimination and harassment,” the statement read. “Given this, the individual’s privileges to reserve a table in the Union have been suspended for one year.”

The university said while it does support freedom of expression, “a line was crossed when a student was harassed by name.”

However, the Foundation for Individual Rights and Expression, a free speech legal group, disagreed with the university’s analysis.

“The First Amendment protects offensive expression, and is binding on public universities such as the University of Wyoming,” Zachary Greenberg told The Fix via email. “It appears the university banned the elder from tabling because it found his expression distasteful. This is an impermissible basis to restrict an individual from tabling on campus.”

Greenberg also argued that Schmidt did not participate in harassment.

Schmidt’s expression does not meet the Supreme Court’s standard of harassment which is that “a course of conduct that is so severe, pervasive, and objectively offensive that it effectively bars the victim’s access to an educational opportunity or benefit,” according to Greenberg.

State representative Jeanette Ward and some of her colleagues have threatened to strip the university of some funding unless it lifts sanctions against Schmidt.