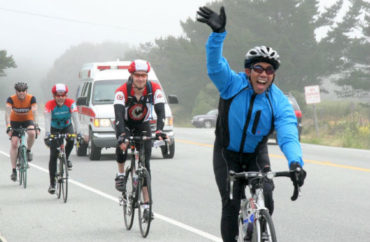 You may call yourself a “cyclist” because it comports with your identity as an avid user of bicycles. But you’re actually dehumanizing yourself.

That’s the conclusion of researchers at Australia’s Queensland University of Technology and Monash University, based on their study of how Australians describe their interactions with cyclists.

The Daily Mail reports that the study – an online survey of 442 people in Victoria, New South Wales and Queensland – found one in five drivers “deliberately blocked” cyclists and one in 10 “admitted to using their car to cut off a cyclist.” Others admitted to lesser violations such as shouting and throwing things at cyclists.

The survey used a “dehumanisation trait scale” to measure agreement with statements such as “I feel like cyclists are mechanic.” A majority of non-cyclists went so far as calling cyclists “not completely human.”

This is why the language to describe bicycle-riders needs to change, said QUT Prof. Narelle Haworth, who prefers the wordier term “people who ride bikes.”

The director of the Centre for Accident Research and Road Safety in Queensland believes her preferred term “is more human-like and less like a species” and will change how drivers see cy-, oops, “people who ride bikes”:

“We need to spread the idea that those people [cyclists] could be any of us. There is need to grow a culture of mutual respect for people on bikes.”