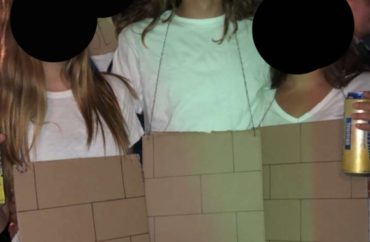 Written up for not socially distancing or wearing masks, though

University of Dallas administrators appear to be more tolerant than their own students.

The Catholic institution rejected calls to punish students for a group Halloween costume that portrayed “Trump’s Wall” – complete with a student wearing a fake mustache and name tag reading “José.”

Students were already throwing Halloween parties two weeks ahead of the holiday when this “small party off-campus” happened, a student who was a part of the costume told The College Fix. The costume “was well-received.”

The four students who constituted “Trump’s Wall” included three students who wore pieces of cardboard plus José, who stood behind them for the duration of the party. (The student who portrayed José told The Fix he’s a quarter Italian, “a little Spanish (Spain), and the rest Native American.” 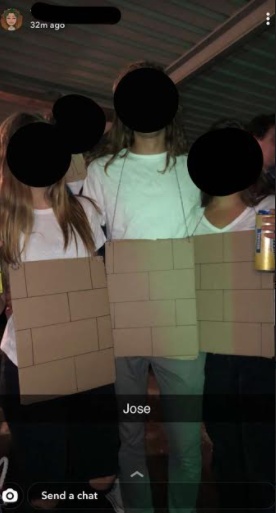 According to the costumed students, administrators called them in not for offending their peers but for underage possession of alcohol and violation of the university’s COVID-19 policy. They received misconduct write-ups, which consist of simply a warning in their record but no discipline.

Students agree to follow the COVID-19 rules when signing the mandatory “Groundhog Pledge.” It directs them to “mitigate risks while [they] are off-campus by maintaining social distancing” and “wearing a mask when in close proximity to others.”

The “Trump’s Wall” students asked for their names to be kept private, due to the aggressive backlash from students on campus. Some other students who spoke to The Fix also asked not to be named.

The administration responded to several days of Fix queries on Saturday. “This matter was referred to the appropriate offices to handle in accordance with the university’s civil rights policies and student handbook,” a spokesperson wrote in an email.

“In the interest of protecting the parties involved, such deliberations are kept private. UD stands firmly to our shared Catholic understanding that every human person is equal in dignity and created in the image and likeness of God,” the statement reads.

Student newspaper The University News has yet to cover the controversy as of Saturday – two weeks after the Oct. 17 party.

Idea came from friend who is a Mexican national

Another student posted a photo that same night of the four-person costume to her private Snapchat profile, and captioned it “Jose.”

“The idea for the costume actually came from our friend, who is a citizen of Mexico,” a student who participated in the costume told The Fix. “We just thought it was funny and relevant.”

Other users took screenshots of the image and shared it. By Oct. 21, it was floating around Twitter, Instagram and Snapchat.

Many of the posts called for the costumed students’ identities to be shared, along with their dorm numbers and other private information. Others called for their expulsion or suspension.

Because the party was off-campus, the university didn’t know about it before administrators started receiving reports about the costume photo. At that point they contacted the students involved.

The image appears to have been first publicly shared from an Instagram account, POC at UD (right), that claims to provide “a safe, anonymous space” where campus community members can “share experiences of discrimination.” It invites users to send direct messages that it will then post.

POC at UD hid the students’ faces in the image it shared but left the student’s name visible as the person who posted it privately.

“I am not a poc but I am so tired of UD not being a safe space for my friends,” reads the post, quoting a message from an anonymous submission. The post caption claims POC at UD has received multiple submissions of “a disturbing photo allegedly containing UD students.”

It also states that “no one in the photo is wearing a mask.” The post garnered more than 300 comments before POC at UD deleted it, apparently because the account thought it was distracting attention from its core mission.

The photo was shared most commonly via Instagram Stories, the post format that disappears after 24 hours. Users added remarks such as “These students deserve suspension” and “Is this what our Catholic university stands for?”

A former UD student tweeted the original photo with the students’ faces identifiable, asking “Should I even come back?” Another account retweeted it, adding that “the amount of racial insensitivity on this campus is actually disgusting and there is not enough push back on it.” People of color have to “practice tolerance for the sake of a degree.”

Other students pushed back on the offense taken. “This blow-up on Instagram was all virtue signaling,” Elisabeth Brehany, a UD sophomore biology major, told The Fix. “No one had the guts to confront any of the students involved and have an open conversation.”

“Ironic that an actual Mexican immigrant whose name is actually Jose doesn’t find this offensive at all, but hey [I] have to find offensive what the SJW’s tell me to be offended by,” read one comment on the since-deleted POC at UD post by a self-identified UD junior.

“How is it that I can be at the location where it took place and find it humorous, but the people completely removed from the situation and had no knowledge on the actual happenings of the Mexican American border rule that this is ‘disturbing’,” the junior continued.

A professor disputed how a student characterized his discussion of the costume incident in class. The student told The Fix that French Prof. Jason Lewallen asked the class if they would like to discuss the “racist incident,” as it was “hateful and traumatic.”

Lewallen told The Fix in an email Sunday that he told the class he supported free speech but thought the costume was “embarrassing” for the university.

He spoke to two people in the community “who felt hurt by the students’ decision to wear that costume,” and offered to “lend an ear to any students who felt like they needed someone to talk to. My offer still stands”:

It’s not partisan, and I’m not interested in calling for anyone’s punishment or in heaping shame upon the students who wore the costume. … My aim was to speak up for the benefit of any of my students who might have felt hurt and disappointed by the costume. 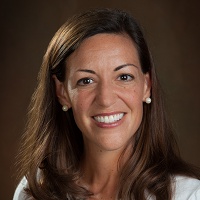 History Department Chair Susan Hanssen (left) told The Fix she found two things “interesting” about the incident: The mixed-race student “participated in the costume and the party and expressed no sensitivity or feeling of offense,” and the “only apparent retribution for the students was that they were warned that they should have been masked and social distancing.”

These elements “show some of the complexities of the strange cultural moment we are in: the strange confluence of wokeness and COVID-19 fears,” Hanssen wrote in an email. “You are accused of ‘racism’ on social media and therefore told to wear a mask? Makes perfect sense in our new alternative reality.”

POC at UD later deleted the initial post regarding the “offensive” costume without explanation. In a followup statement Oct. 22, it said the page is “not a political account, news outlet, or watchdog group.”

It wants to “ensure that the focus of our page remains on providing a safe space for members of oppressed communities … and allies to share their experiences at UD.” The account implied some people interacting with the post were “not practic[ing] allyship” or helping build a safe space for its target demographic.

Going forward, POC at UD said it plans to stick to text and avoid images, the latter of which it feels is causing a distraction. “Our account exists to call attention to a culture of discrimination exists with UD, but we are not qualified to act as a hotline to report individual incidents of discrimination.”

UPDATE: The administration and Prof. Jason Lewallen provided comment after this article was published. Their responses have been added.

EDITOR’S NOTE: The name of the student who privately shared the photo, and her quotes, have been removed because she did not know she was being interviewed for this article. 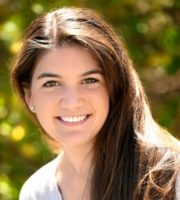