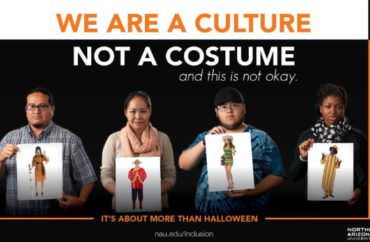 A majority of college students say those who wear highly offensive Halloween costumes on campus should be punished, according to a new poll.

A College Pulse survey of 1,500 college students from across the nation found that 55 percent say students who wear highly offensive Halloween costumes on campus, such as blackface, should be punished, while 45 percent say they are a protected form of free speech.

The poll also found that most Democratic students — 72 percent — want to punish peers for wearing offensive costumes compared to Republican students at 22 percent.

Specifically, the survey question asked: “Are highly offensive Halloween costumes (such as blackface) a protected form of free speech on campus, or should students who wear them be punished?”

The two choices provided to students were: “They are a protected form of free speech” or “They should be punished.”

The results, released Monday, did not ask students what sort of punishments they would like to see enacted against peers who wear offensive costumes.

The results come as universities across the nation warn students to be careful what they wear on Halloween, lest their costumes offend others. The admonishments come in various forms, such as emails, handouts and poster campaigns.

This year at the University of Texas, for example, a handout warned students against more than a dozen problematic costumes:

Any time you paint or tint your skin in attempt to appear to be a different skin tone, race, or culture (e.g. Blackface)

The handout also asks students to consider questions about their costume party themes, encouraging them to think hard about how the themes might be perceived by others, and suggesting they run their party ideas through a university advisor.

Similarly, at Furman University this year, its officials can investigate students for Halloween parties that “reinforce stereotypes” under the private school’s “Acts of Intolerance” policy.