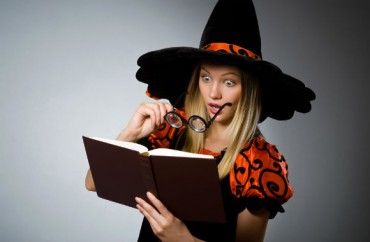 It’s time to move on from this fight

The Black Law Student Association at the University of Oregon wants to see a professor punished for wearing what they perceive to be a racially offensive costume … four years ago.

Instead of focusing on preparing for a law career or finding a job that actually requires a law degree, the black law students have decided their energy is best focused on adjudicating grievances that are 4-years-old and likely predate any of their time at the law school.

Law Professor Nancy Shurtz wore a costume to a Halloween party she hosted in 2016 that included her wearing black makeup, a stethoscope and an afro wig. The costume referenced a book about a lack of diversity in the medical field.

Fellow law professors agreed at the time of the controversy that the university’s punishment for “discriminatory harassment” would not likely hold up in court.

Campus officials placed her on administrative leave and then Shurtz took a sabbatical, returning to campus in 2018.

But common sense and legal precedent don’t matter unfortunately to aspiring lawyers. Enter the Black Law Student Association and alumni of the University of Oregon law school who want to continue to target Shurtz for her costume decision.

University of Oregon law school alumni circulated a petition in support of the demands of the BLSA and plans to deliver the signatures to the school today (August 14).

Furthermore, it repeats the tired cliche of social justice warriors that they are “exhausted” from their activism.

“We hear Black students expressing exhaustion from having to spend precious time and energy defending their humanity and initiating equity and inclusion work with the administration,” the alumni statement of support stated. “We hear Black students identifying the disparate impact that the administration’s continued silence and inaction has on their opportunity to receive an equal legal education.”

The signers of the petition also support the Black Law Student Association’s demand that campus officials “create mandatory coursework for students about race and the law” and “require training for faculty and administrators on facilitating dialogue about race in the classroom.”

The group said it cannot allow the administration to “continue to dehumanize the rights of its Black students to a suitable and safe education environment.”

We hear your anger and calls for change. As a first step, the UO Board of Trustees will take up renaming Deady Hall in the coming weeks. We will also examine and implement other actions we can take to effect change. We will continue to educate ourselves and listen. 1/2 pic.twitter.com/34E9uy3vRH

The black law students and the alumni didn’t ask for my opinion, but here it is: Let it go.

Four years ago Shurtz chose to wear a costume in reference to a book. No one at the party raised an objection to the costume and only one student complained the next day about the costume.

Since the law students are exhausted by activism on this issue, now is a great time to move on and focus efforts on other areas, like fighting qualified immunity, representing poor people accused of crimes, or anything else that isn’t circulating petitions and targeting a professor who was trying to bring attention to racial injustice.

It’s time to move on from this one as everyone else at the school has, evidenced by the lack of interest from the school in booting Nancy Shurtz out of the school (in fact it expanded her number of classes this year).

And don’t worry, there will be something new to get offended by soon enough.