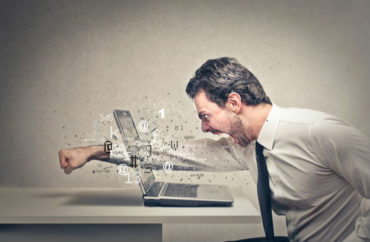 Indoctrination that ‘fails to teach them how to write a coherent sentence’?

American University is hosting a seminar next month to teach faculty how to assess writing without judging its quality. In the seminar’s own words: “grading ain’t just grading.”

It’s led by Asao Inoue, a University of Washington-Tacoma professor, and the purpose is to pursue “antiracist ends” through writing assessments.

A national scholarly organization that preaches its “commitment” to academic excellence came out swinging against the seminar, telling The College Fix that Inoue’s ideas are “destroying the very idea that composition classes should teach all students to write well.”

The national dominance of social justice educators such as Prof. Inoue indoctrinates college graduates nationwide into social justice ideology and bigotry–but fails to teach them how to write a coherent sentence.

Inoue’s publications on writing assessments suggest that he sees subconscious racism in standards, due to white students consistently outperforming black and Latino students.

“We must rethink how we assess writing, if we want to address the racism,” Inoue wrote in his 2015 book “Antiracist Writing Assessment Ecologies: Teaching and Assessing Writing for a Socially Just Future.”

In another paper, “A Grade-less Writing Course that Focuses on Labor and Assessing,” Inoue argues that writing teachers should “calculate course grades by labor completed and dispense almost completely with judgments of quality when producing course grades.”

The professor, who directs UW-Tacoma’s Writing Center, declined Fix interview requests before and after Christmas, citing the holidays.

MORE: Professors advised to treat microaggressions in classroom like assault

American University did not respond to Fix requests to comment on the seminar or explain the potential involvement of its own departments or offices.

The seminar webpage is hosted on a university subdomain managed by the Center for Teaching, Research and Learning, but it does not say who is sponsoring the seminar. Inoue did not respond to a followup request to identify the sponsor or sponsors. Neither did the university’s Writing Studies Program, the only AU entity named in the seminar agenda.

The Feb. 1 seminar is composed of a plenary session open to all preregistered faculty, followed by three breakout sessions to teach faculty how to change their approach to grading the writing of their students.

The plenary will be led by Inoue, whose new book on “labor-based grading contracts” and “compassionate” classrooms is under review, according to the seminar webpage.

He will lecture about “language standards that just kill our students” by subjecting them to “single standards,” which perpetuate “White language supremacy … despite the better intentions of faculty.”

The first breakout will “focus on redesigning writing courses’ assessment ecologies in ways that reduce the negative effects of a single standard of writing used in conventional grading practices.” The interactive workshop, which will lay out Inoue’s labor-based grading contracts, is geared toward Writing Studies faculty but open to all faculty.

A breakout session on “writing intensive course rubrics,” targeted toward faculty who teach upper-division or graduate courses, will help participants rethink their course standards and how to assess and grade “most meaningfully for students.” It will explain in detail how “dimension-based rubrics” can be deployed to “acknowledge the diverse range of readers in any classroom.”

Faculty participants will play the role of their students in the final breakout session on “the nature of judgement [sic].”

Targeted toward faculty teaching first-year courses, the session requires participants to bring a student paper or essay they’ve reviewed so they can “understand their own ways of judging student writing.”

The National Association of Scholars’ Layton said that Inoue is “not an outlier” and that he “represents the mainstream of America’s college writing programs and the mainstream of social justice education, which has taken over much of higher education.”

Because Inoue and his like-minded colleagues “are the new normal” in American higher education, the system “requires root and branch reform,” Layton told The Fix.

The American University chapters of the College Republicans and Young Americans for Freedom did not respond to Fix requests for comment.

CORRECTION: A word was misspelled in a quote by Inoue from his “grade-less” paper, and the editorial designation [sic] was inserted. The word is spelled correctly in the paper, and the error was in retyping it. The quote has been fixed.

MORE: To get over hippie-stoner image, public university lowers standards